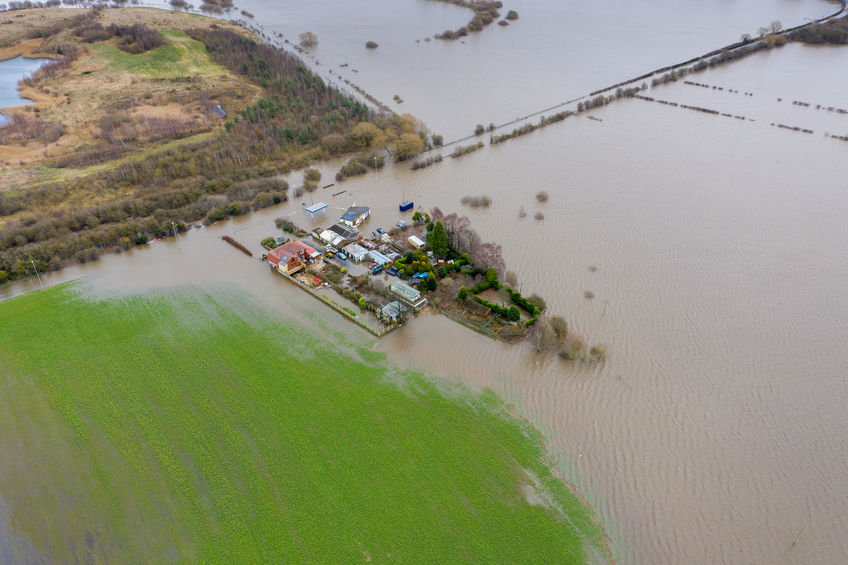 Water management must be transformed to increase resilience to climate change, the CLA says

Farmers and landowners should play a bigger role in improving the wider water environment by harnessing nature-based solutions at comparatively low cost.

According to a new report by the Country Land and Business Association (CLA), water management must be 'transformed' to increase the UK's resilience to climate change.

Farmers and landowners 'hold the key' to protecting rural communities, reducing the risk of flooding, increasing resilience to drought and improving water quality.

With the first few months of 2021 seeing one of the driest Aprils on record, followed by one of the wettest Mays, the impacts of climate change are clear.

Some farms were submerged in water for over three months this past winter, which led to the inability to plant crops for an entire year.

And with winters getting milder and wetter due to climate change, the Met Office predicts that the risk of floods has increased by at least 20% and up to 90%.

The CLA's new Water Strategy said, however, that both agencies were 'often too slow to respond' to essential maintenance of existing flood defences, leaving many communities vulnerable to flooding.

Many landowners were already stepping-up and protect their local communities, the group said, but they were often 'crippled by uncertainty' on whether they could undertake the maintenance work themselves.

The CLA said community supported organisations like internal drainage boards, or locally-led partnerships like the Somerset Rivers Authority, were often 'far better placed' than the EA or NRW to maintain main rivers.

The rural organisation argues that these bodies should be allowed to take over responsibility for main rivers across England and Wales.

Landowners using their land to mitigate flood risks through Natural Flood Risk Management (NFM) projects had also been proven to be 'extremely successful'.

These projects can involve creating wetlands and saltmarshes, or planting trees to stabilise riverbanks, with the aim of slowing the flow of water, helping it to be absorbed, while also improving biodiversity.

Mark Bridgeman, president of the CLA said: “We want to see the EA and NRW uphold their responsibilities for essential maintenance, and where they are unable to adequately maintain flood defences, to transfer responsibility to the best placed organisation to do so.

"In some circumstances this will be to local internal drainage boards, specially established flood risk partnerships like the Somerset Rivers Authority, or, where appropriate, local land managers.

"Many of these land managers already play a crucial role in using their land to prevent local communities and businesses bearing the brunt of flood damage."

He said this would need to come with the right government support: "But the solution to flood defences is sitting right on our doorstep at the fraction of the price of new infrastructure: natural flood risk management.”

What is the CLA calling for?

To support farmers and landowners in their desire to protect local communities and mitigate flood risk, the CLA said the government needed to provide adequate support through policy.

To make this happen, the rural organisation is calling for:

• Catchment-focused flood management – government to allow for regional approaches and flexibility, including the effective use of Natural Flood Risk Management projects and support for ‘de-maining’ programmes looking to transfer flood risk responsibilities to the best-placed body to do so.