Farmers praised for helping in search for crashed plane 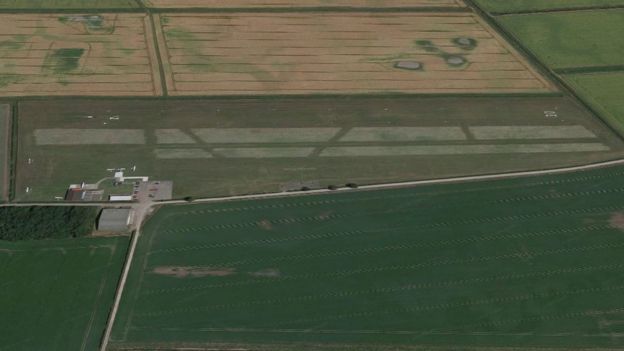 Local farmers used quad bikes to join in the search for the aircraft, which was due to land at Beverley Airfield (Photo: Google)

Farmers have been praised for helping the police investigate an aircraft which crashed on farmland, killing two people.

A light aircraft crashed on Wednesday night (10 October) in a rural area near Leven, East Yorkshire. Two people died in the crash, which was notified by police around 7.30pm.

An extensive multi-agency search was immediately launched across the large rural area to find the plane, with the help of local farmers.

Peter Harrison, whose farm is in nearby Wilfholme, told BBC News that his son helped police to search for the crash site near his farm.

Mr Harrison explained how other local farmers used quad bikes to join in the search for the aircraft.

The plane was eventually found in the corner of a field, some distance away from the road.

The aircraft was flying south from the Scottish Borders and came down near to the approach to the landing strip at Beverley Airfield.

"It was a challenging environment in terms of the large rural location and under the hours of darkness," he said.

"I would personally like to thank all the volunteers, local residents, and farmers who assisted us by initially calling us and helping on the ground. Your help was invaluable.

"As in these circumstances this has now been referred to the Air Accidents Investigation Branch. We have trained investigators and other specialist resources who are supporting this."