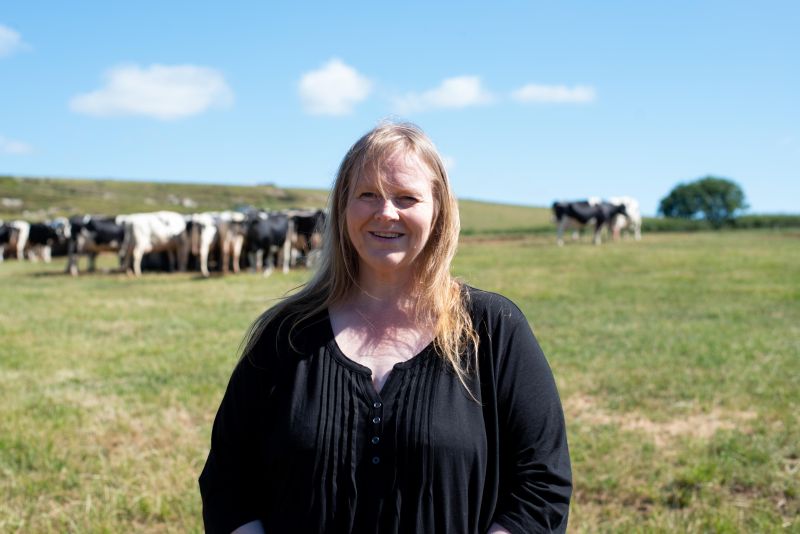 Farmers from across England and Wales were recognised for their achievements as part of an award ceremony by Marks & Spencer.

A family farming partnership since 1928, under Dawn’s care the Northground herd has won a number of prestigious dairy industry awards, including the NMR Gold Cup.

The business also regularly achieves some of the best scores in terms of health and welfare standards.

Dawn’s biggest achievement has been to help reduce antibiotic use to record low levels on the farm, whilst simultaneously maintaining excellent cow health, comfort and performance.

Nick Bell, M&S Herd Health consultant said:“Dawn is a conscientious herd manager, who cares deeply about the welfare and performance of the cows in her herd.”

“The herd has picked up numerous accolades under Dawn’s management, and these awards reflect the hard work and attention to detail that Dawn puts into managing her cows to ensure that they perform to their optimum ability, have excellent genetics and good fertility. 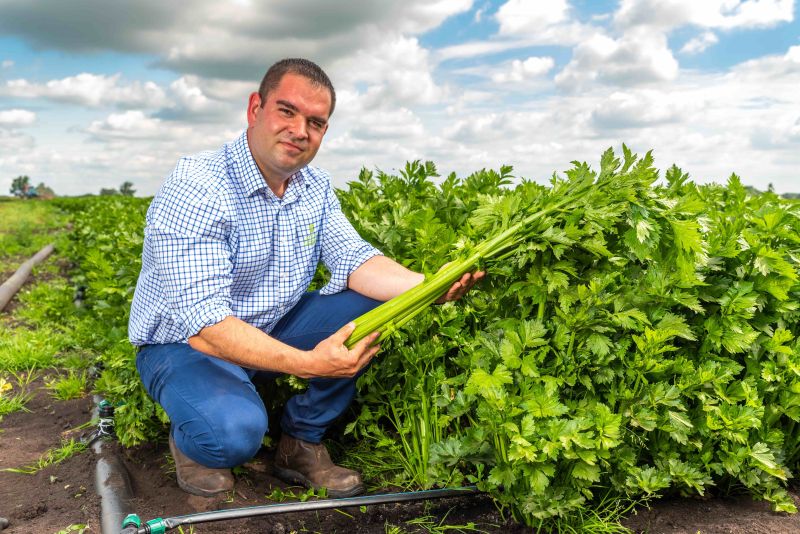 “In order to achieve low levels of antibiotic use, Dawn has had to demonstrate exceptional technical knowledge and ability, as well as a willingness to work closely with vets and embrace the use of new technology.”

Ivalyo Kostadinov is Celery Production Manager at G’s Fresh, in Barway, Cambridgeshire, and has played a pivotal role in helping the business grow celery more efficiently and with minimum waste.

One of Ivalyo’s most recent projects has been to develop an automated celery harvesting machine.

Traditionally, celery is harvested by hand and is incredibly labour intensive. But the new automated harvester can cut and transport celery to a mobile platform, where it is quickly packed into boxes, ready for further processing.

“In order to successfully grow these long varieties of celery, Ivalyo developed drip irrigation systems that have not only dramatically reduced water and fertiliser requirements for growing celery crops, but also helped produce stronger crops that are more resistant to disease.”

Alex joined Capestone Organic Poultry in 2014 in a junior job role, but his enthusiasm has seen him move on to take on a series of senior positions, culminating in his current appointment as Poultry Manager.

“Since joining the company, Alex has displayed an eagerness to learn and has seized any opportunity that he has been given to develop his knowledge and understanding of the poultry industry,” explains Viran Abeysena, from Capestone, who nominated Alex in the M&S awards.

“Alex excelled whilst working as part of our broiler rearing team and was subsequently moved into a management position in 2017 and started an HNC qualification in Poultry Production at Scotland’s Rural College where he graduated just last week.”

“Alex is now our Poultry Manager where as well as being responsible for rearing thousands of birds each year, he helps manage a large team of Capestone employees.

“Alex has come a long way in five years and has a great future ahead of him in the poultry industry.”

Welsh Lamb Producer of the Year

Fourth generation sheep farmer, Wynne Jerman, and his family were recognised at this year’s Royal Welsh Show with a special award to celebrate producers of Welsh lamb.

Wynne is the fourth generation to farm the same land, which has been in the family for over 100 years.

The farm is focused on producing grass-fed lamb, more recently concentrating on using high-sugar grasses to produce a quality lamb on a more sustainable system.

This year the award for England and Wales went to Rob Mercer from Packington Pork in Staffordshire.

Rob is in charge of the pig operation within the Packington business and drives sustainable, high welfare farming.

Richard Riley, from supplier, Cranswick said: “Rob works closely with landowners and environment agencies to ensure that protecting the local environment is a priority and he is currently working towards making Packington Pork a carbon neutral business.

“He is committed to engaging with consumers and explaining the work he and his colleagues do at Packington Pork; opening the farm every year for Open Farm Sunday and holding monthly visits for local school children.

“This openness, combined with his focus on improving sustainable farming practices and attention to animal welfare, all make Rob stand out as an excellent ambassador – not just within the pig sector, but in the wider agricultural industry.”