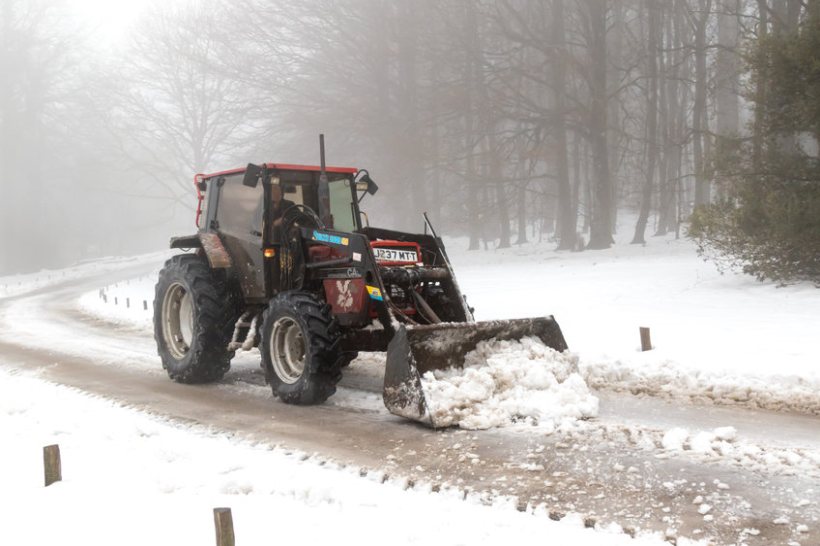 Farmers across the country have been left counting the cost of Storm Arwen, with one business estimating £70,000 worth of structural damage.

The powerful winter storm lashed parts of the UK with extreme winds, rain and snow over the weekend, claiming the lives of three people.

The Met Office had issued a rare red warning for wind on Friday across the east coast of Scotland and north east England.

A wind speed of 98mph was recorded in Brizlee Wood, Northumberland on Friday, and gusts of 78mph were recorded in Inverbervie, Kincardineshire.

Early reports from farmers in these areas indicate that the damage to some businesses is substantial, with many are still waiting on roads to open and power to be restored.

The list includes severe damage to agricultural buildings and structures, both large and small, including roofs, walls, cladding and polytunnels.

It has also brought down large areas of trees, adding to the severe disruption already faced by farmers.

NFU Scotland said that one farmer, who is also a union member, had estimated that the structural damage to his business was approximately £70,000.

Elsewhere, another farmer affected by the storm saw an acre of Sitka Spruce trees on his farm destroyed.

The group's President Martin Kennedy warned that the total scale of the damage would 'run into many millions'.

“As we gather reports from our members up and down the country, the damage to many businesses has been extensive," he said.

"Farmers' role in the clear up operation for local towns and villages has been hampered by heavy snow in places.

“Much of the damage will have been insurable and we have already contacted our partners in NFU Mutual for an update on the storm’s impact."

Mr Kennedy added that farmers in some parts of the country remained without power, internet service and phones.

The north-east of Scotland remains the worst affected, with police declaring a major incident in the area due the substantial disruption.

Areas of Moray, Angus, Perthshire, Dumfries and Galloway and the Scottish Borders are also among the worst hit.

Mark Rough, director of customer operations, said: "Storm Arwen has resulted in some of the most significant and challenging conditions experienced in the north of Scotland in decades.

"[There is] catastrophic damage to several overhead circuits with multiple instances of damage which need to be repaired before power can be restored."

Mr Kennedy warned farmers in the worst affected areas that overheard circuits may not be up and running until nearer the end of this week.

He added: "I would ask our members to take the time to check on nearby friends and neighbours and see if they need any assistance."

Farmers needing any help or assistance following the storm are being encouraged to contact Scotland's rural charity RSABI on 0300 111 4166, open from 7am until 11pm.