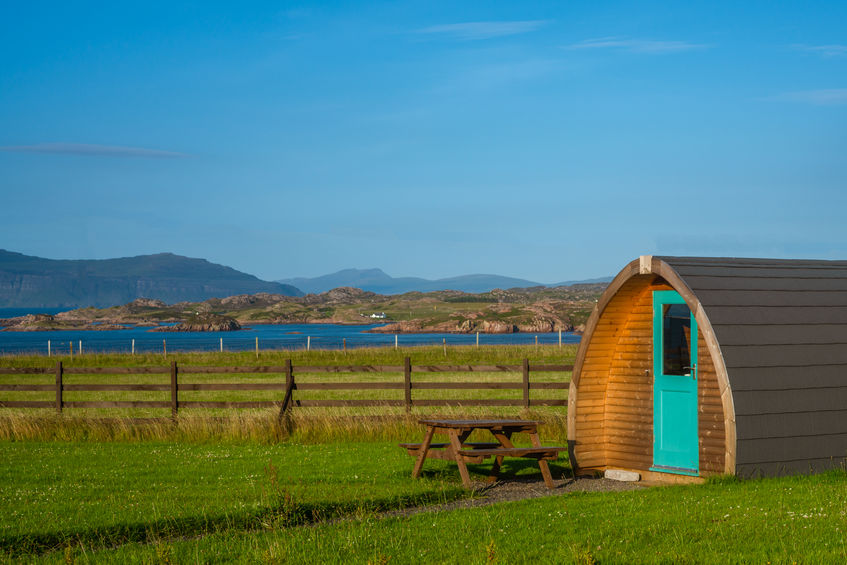 Farmers are rushing to diversify into new businesses in order to survive following Brexit and the loss of subsidies, a new report says.

Producers are going into new income streams such as renewable energy and tourism as they face the biggest shake-up in 50 years, NFU Mutual has revealed.

The rural insurer’s annual diversification report shows that 37% of UK farms surveyed are using their land for non-agricultural enterprises.

The rise from 31% in 2020 to 37% in 2021 of farmers operating non-farming activities is significantly higher than previous years.

NFU Mutual’s annual survey revealed 30% of farmers were running diversified enterprises on their land in 2019 and 28% in 2018.

Across the UK, England has the highest percentage of farms operating diversified activities on their land (43%) followed by Scotland (39%) and Wales (34%).

NFU Mutual spoke to 1,652 farmers, selected to be representative of the UK’s diverse farm sector, and asked them about their non-farming diversification businesses and future plans.

There was a significant increase in the proportion of business turnover from non-farming activity – which shot up from 11% in 2020 to 16% in 2021.

As the EU BPS is phased out and replaced by incentives to enhance the environment, 11% of farmers yet to diversify say they now plan to do so in the next five years.

Amongst farmers who do not plan to diversify, the main reason (46%) is wanting to concentrate on farming, making the best use of land and skillsets.

Being too old to start a new venture was the next biggest reason (22%), followed by not having family members interested (8%).

An unsuitable farm location was another barrier accounting for 6% and only 5% said lack of finance was the reason for not diversifying.

Over a third of farmers (34%) already operating diversification activities say they expect their enterprises’ contribution to their incomes to increase in the next five years.

“Coupled with the prospect of being undercut by imports of food from countries with lower standards, more farmers are seeing diversification as the best way to ensure the present generation on the farm is not the last."

“Renewable energy, property-letting and tourism are currently the most popular options, the report explained.

With the UK committed to reducing carbon emissions over coming years, a lot of farmers see harvesting power from the sun and wind as long-term investment winners.

For others, particularly in coastal areas or near beauty spots, the rush for staycations during the pandemic and the popularity of glamping is making tourism an attractive proposition.

Mr Walsh said: “Farmers always have to be ready to adapt to changing markets, but the huge changes we are now seeing to farm support mean farmers are now having to take a very hard look at their businesses and take tough decisions on the future.

“While there are many ways to diversify a farm, how you go about it depends on the interests and skills available within the family or workforce. Other factors include location and access to customers.

“Critically, it also depends on the opportunities available, such as current demand for rural accommodation from a growing band of staycationers.”

It also highlights the importance of looking at the financial implications of setting up non-farming activities to avoid higher inheritance tax bills.

The government collected £5.3 billion in inheritance tax in 2020/21, a figure that has nearly doubled in the past 10 years.

He said: “A key requirement in securing APR is that the land or buildings must be occupied for agriculture, so converting farm buildings and letting them out for non-agricultural use will normally mean that APR is lost and could lead to a larger inheritance tax bill.

“However, some diversified businesses may qualify for Business Property Relief (BPR), which can also reduce an inheritance tax bill. In order to get BPR, the land or buildings must normally be used for ‘trading’ rather than ‘investment’ purposes.

“Diversifications that involve collecting rent with minimal management or provision of services are likely to be treated as investments and so less likely to qualify for BPR.”