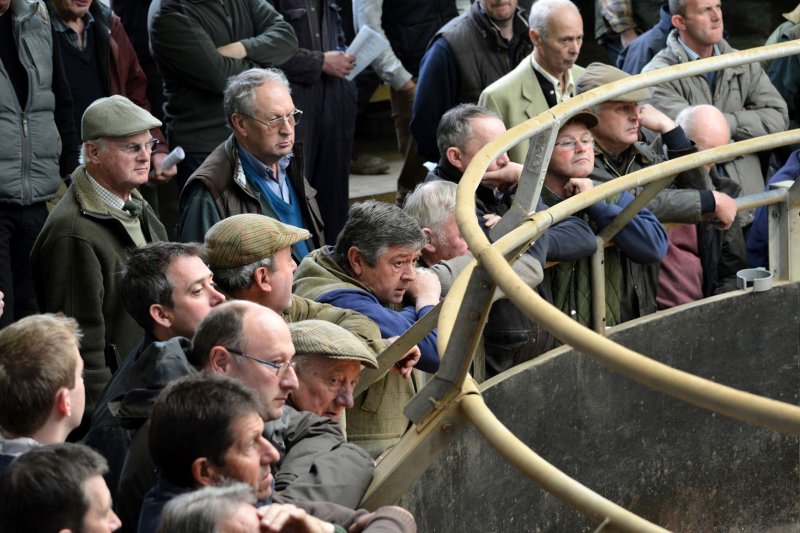 Farmers are seeing best returns and reaching a wider buying audience for a vast array of cows by utilising the live sales ring, auctioneers across the UK state.

With average deadweight cow prices falling, the liveweight market has remained strong as buyers take advantage of the wider choice and transparency offered by the live sales ring.

Bernie Hutchinson, managing director of Barbers Auctions at Market Drayton, said the livestock market is not uniformed like it is selling direct to processors.

"It’s a much broader brush, there is a vast array of commodity and the market can cater for everything," he explained.

“The deadweight market will only want certain specifications, but the livestock doors are always open, there is something for everyone, and everything for someone.

"It is a commodity that is easier on the hoof, than it is on the hook".

Charlie Coleman of Frome Livestock Auctioneers added that in terms of throughput, his mart has seen trade back to the numbers of two or three years ago, selling to the same or even showing an improvement.

Mr Coleman said he believes the key is the fact that the market is always there: “Abattoirs don’t want cattle every week," he said.

"Markets, however, are showing a fair trade every week, because they are meeting a demand, and that is creating a selling opportunity."

Jonny Dymond of Halls Shrewsbury Livestock Auction Centre agreed, adding: “At Shrewsbury we have witnessed much keener interest for fleshed cows in recent weeks, with both foreign and UK tagged cows achieving in excess of £1,000 most weeks though our ring.

"The auction moves in line with the trade week in week out and with current changes in the market the best option will be to sell live and thrive.”

Jack Pickup at Gisburn Auction Marts said numbers are still remaining strong at his mart, with a strong audience of buyers for all classes of cows both for further feeding and immediate slaughter.

He said: “Dairy culls have also seen a lift in price with the best end regularly selling between the 110 - 120ppk mark and leaner feeding type cows anywhere between 85 - 100ppk.”

Robert Venner of Greenslade Taylor Hunt at Sedgemoor Auction Centre added: “I can only say that the liveweight system creates competition in the sale process as vendors show their stock in front of numerous buyers, instead of selling to one at home.

“When selling live, the vendor receives a price for the whole animal’s bodyweight, across a publicly open weighbridge. All livestock are sold on the same criteria, with no variance, unlike the differing carcass specifications between slaughterhouses.”

The vendor has control over the weight of their stock and can decide whether or not to accept the price offered before the point of no return, he said.

Mr Venner added: “Additional value is generated as some purchasers bid over and above the slaughter value of leaner stock, as they bid a proportion of the future potential of the animal for further finishing.”