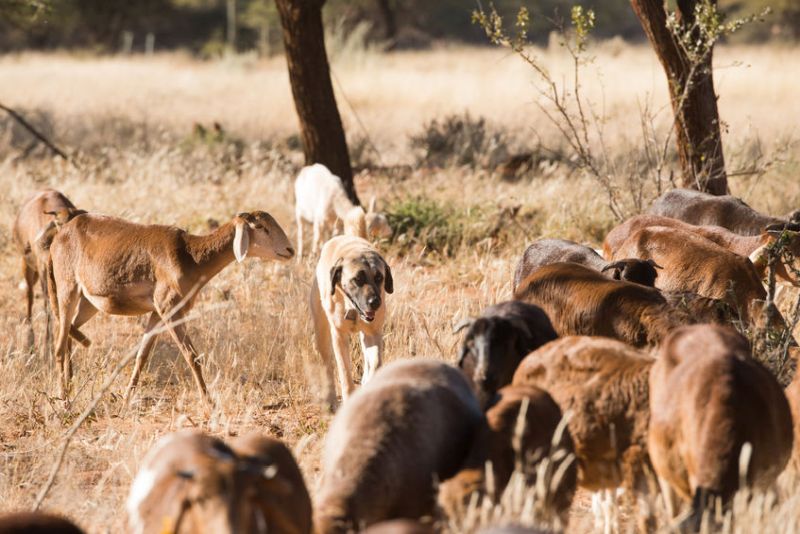 A UK-first project will see two Welsh farmers breed a sheep native to Africa to help satisfy growing demand for its unique-tasting meat.

The three-year project aims to investigate the feasibility of rearing the Damara sheep breed.

The sheep are a domestic breed known for their large ‘fatty’ tails and hindquarters, and are commonly found in arid, desert-like areas such as the Middle East and Northern Africa.

They will monitor how well the sheep adapt to typical milder and wetter Welsh conditions.

The two farmers will begin the project by importing Damara embryos and semen later in 2019.

“They look more like a goat than a sheep. They're one of the breeds called 'fat tailed sheep' because of the shape of their tails,” he said.

The sheep are renowned for being able to thrive in harsh environments due to their ability to gain weight despite a diet that is nutritionally poor.

But it is the unique tasting meat and fat from these sheep, which are used in traditional Arabic cooking, that is in high demand by ethnic groups in the UK.

The eating qualities of meat from fat-tailed sheep is said to be more tender, leaner and juicy than their thin-tailed cousins.

It comes as farmers look at more interesting genetic material as a way of diversifying from the conventional market.

There are over 1,000 sheep breeds recognised in the world, and approximately 60 farmed in the UK according to the British Wool Board.