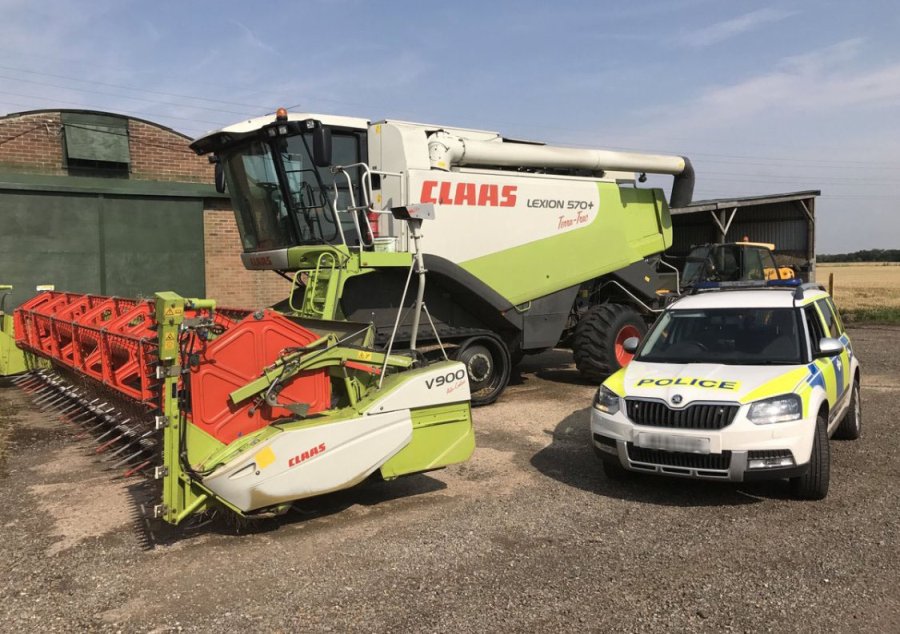 Farmers have been urged to check the serial numbers of second-hand tractor GPS kits following a recent surge in thefts of the expensive guidance systems.

Across Europe, thefts of tractor GPS systems have risen due to the products' prominence in modern agriculture.

Many of the stolen systems are John Deere StarFire receivers and cab display units – but other systems are increasingly being stolen.

In the UK, thefts have spread from East Anglia, where they first became commonplace, and police and insurers are now dealing with thefts all across the UK.

Just last week, a Sussex farmer said he was left 'devastated and demoralised' after an organised crime gang stole thirteen GPS systems worth around £200,000.

In recent weeks, NaVCIS, the police agricultural vehicle theft co-ordination organisation funded by NFU Mutual, is being alerted to multiple GPS thefts from farms and machinery dealers almost every day.

To help stamp out the crime wave, farmers are being urged to rigorously check that any GPS kit offered for sale outside dealer networks has not been stolen.

"Not only do replacement units – which can cost £8,000 and more – have to be sourced, fitted and programmed, but modern farms can’t work effectively during the vital harvesting period without them.

“As the main insurer of the UK’s farmers we are working with police and tractor manufacturers to tackle this worrying new crime trend.”

To help the checking process, John Deere has a system enabling farmers to call their local dealership to check the serial number of its popular StarFire GPS system.

The company’s database includes a marker for stolen equipment – but stresses that not all John Deere thefts are reported to it, and that the system cannot provide proof that equipment offered for sale online is legitimate.

If a farmer is unfortunate to have John Deere stolen, the theft can be reported to local John Deere dealers so it can be logged in the system.

“The service introduced by John Deere dealers makes these checks easier by enabling farmers to quickly check if a StarFire serial number is on their database of stolen systems.”

He also urged farmers to be very wary of buying GPS kits which have had serial number stickers removed.