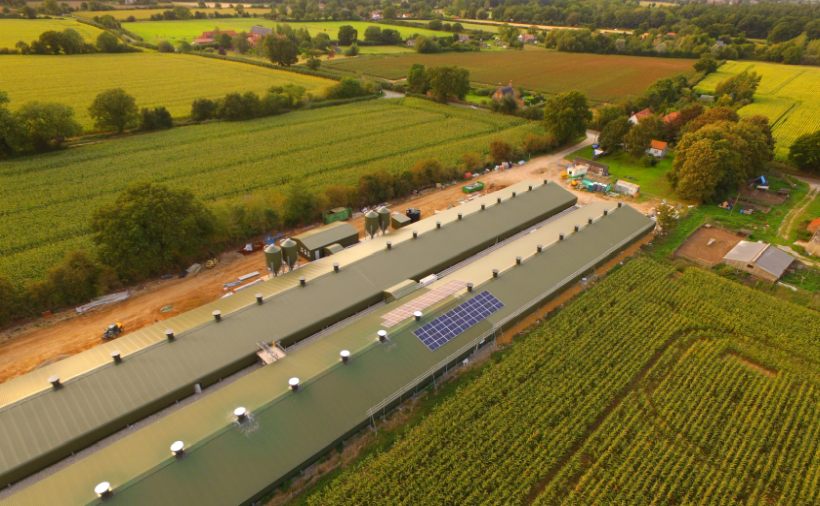 Vencomatic Energy only buys solar panels with a 25-year guarantee, and it offers a full project service from start to finish

With the cost of solar energy falling dramatically - as well as pressure to reduce carbon footprints - there has never been a better time for farmers to install solar PV.

This is according to Vencomatic, which has been providing agricultural machinery in the UK for 30 years and energy reduction solutions for 13 years.

It says that now is the time for farmers and landowners to invest in solar energy, as the cost of it has fallen by 82 percent since 2010.

Beginning a journey with solar is simple with Vencomatic, and not to mention highly rewarding with its 4 year payback.

In addition, as the NFU has set the agricultural industry a target of becoming carbon neutral by 2040, the chance for farmers to take steps to achieving this has never been easier.

Vencomatic Energy only buys solar panels with a 25-year guarantee, and it offers a full project service from start to finish.

The company provides farmers and landowners with 50kW solar for an unrivalled price of less than £30,000.

National sales manager for Vencomatic Energy, Lee Traynor said: “With an average system size of 45kWp, a farmer can expect to save 558 tonnes of CO2 over the 25-year life of a system, saving an impressive £5,000 per year on their energy bill.”

The firm will guide farmers further through the process of maximising their solar potential and introduce them to the power of battery technology.

Battery technology allows farmers to generate electric power during the day to use at night or when there is further demand, as when belts and conveyors are run.

Utilising the range for further solar, to store on batteries, farmers can power their farm consistently- meaning that even when the sun goes down, the power stays up.

With solar running at full swing, farmers will be using free electricity to run their farm, Vencomatic Energy says.