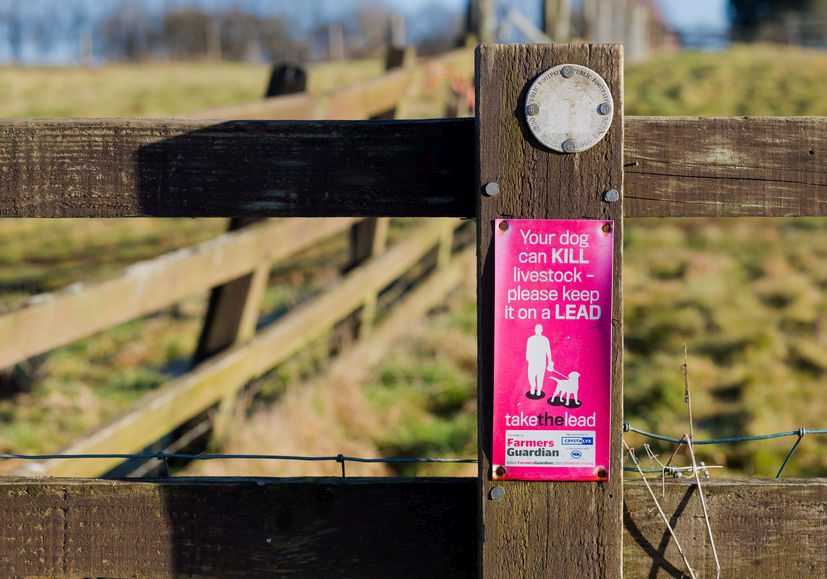 Farmers have been encouraged to buy the right insurance policy as a way to protect their sheep from the growing issue of livestock worrying.

Dog attacks on livestock are on the rise across the country, and work is underway to change the outdated Dogs (Protection of Livestock) Act 1953.

At a recent webinar hosted by the Farmers' Union of Wales (FUW), farmers heard that buying the right insurance policy could help alleviate the issue.

A minor addition to existing sheep cover could cost as little as £3 a year and cover the financial burden of losses incurred due to a livestock attack.

This is according to FUW Services Account Executive Gwenno Davies, who said it was important for farmers to protect livestock assets.

“Whilst an insurance policy for such incidents doesn’t take away the heartache or the stress of dealing with the situation, knowing that it won’t negatively impact you financially can be a relief.

"All farm businesses are different so a client would need to check their insurance policy specifically," she said.

"But to add the extra cover for such a low cost, should be considered especially for that piece of mind.”

To make a claim, farmers would need a completed claim form, provide a vet letter confirming the injuries sustained in line with incident details, and a valuation from someone like an auctioneer.

Ms Davies said she would highly recommend farmers to take photographs and video evidence as well.

"If you do know the owner of the dog and have proof, you can also claim against them on their house contents insurance, instead of taking the loss on your own policy,” she said.

Farmers who tuned into the webinar also heard how the North Wales Rural Crime Team are using technology to fight rural crime and gather evidence of livestock attacks.

Ten farms in Dyfed-Powys and 8 in North Wales have now been fitted with wildlife cameras, with footage soon to be broadcast live online allowing people to see the protection they are providing.

“Having evidence to support your claim is always good," Gwenno Davies explained to farmers.

"If you can install such technology on your farm it will help with your claim and police investigation.

"Whilst there is no silver bullet to fix the situation straight away, we must make sure to use every tool in the toolbox and having the right insurance in place is part of that."