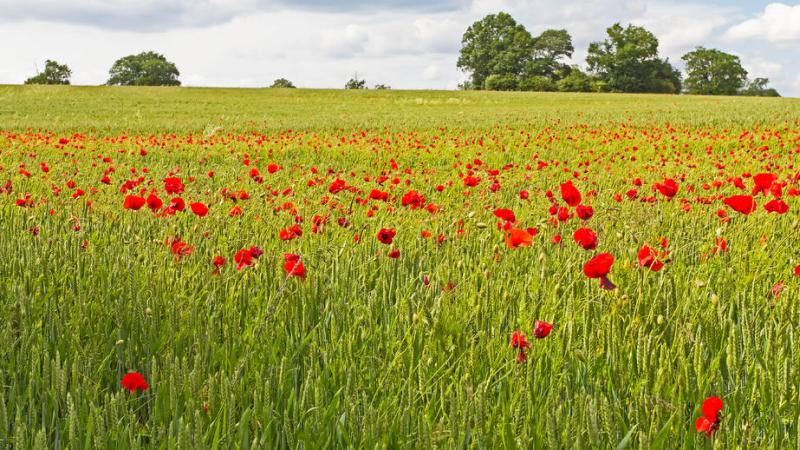 CSS payments can help to fill the financial gap created as BPS is phased out, experts at Strutt & Parker say

Farmers yet to sign up to the Countryside Stewardship Scheme should reconsider its potential, with options on offer that could help boost business resilience, experts say.

The Countryside Stewardship Scheme (CSS) has now opened for applications for agreements with a 1 January 2021 start date.

The scheme may be five years old, but to date it has attracted lower numbers of applicants than the Entry Level Stewardship Scheme (ELS) it replaced.

This is despite it having the potential to deliver higher revenues than ELS.

George Hoyes, farm consultant at property consultancy Strutt & Parker, advises now is the time to review the potential contribution CSS can make to a farming business.

A well-structured mid-tier CSS agreement can work for many farmers on a practical and financial level, as well as delivering for the environment.

“The benefits of a mid-tier CSS agreement starting in January 2021 include locking into a guaranteed revenue stream for the next five years,” he says.

“This will become increasingly important as Basic Payment Scheme (BPS) support starts falling away from 2021 and it will be at least 2024 before the new Environmental Land Management System (ELMS) is rolled out nationwide.

“The government has already said anyone who enters into new agreements of Countryside Stewardship from 2021 will be able to exit those agreements without penalty if they are being financially penalised in comparison to ELMS, so there seems no disadvantage to going into a scheme now.”

He adds: “It’s also an opportunity for farmers to demonstrate that they are taking environmental management seriously, which is important given the government has signalled that the provision of public goods will be a priority in future.”

Mr Hoyes says publicity associated with payment delays has put a number of farmers off the scheme, but the Rural Payments Agency is improving its payment performance.

The agency is now making one annual payment to farmers for the environmental work they carry out, rather than split it between two payments, which should simplify proceedings.

Although it is hard to make some CSS options stack up financially on the most productive areas of a farm, there are some excellent options for more marginal land and in awkward field corners, which are often the most environmentally productive areas, he explains.

Another option attracting attention amongst growers is a two-year sown legume fallow (AB15), which can be a useful part of a rotation aimed at controlling blackgrass and a good option where there are challenges growing traditional break crops.

Including capital works in an application is a way of significantly increasing the value of the scheme, enabling farmers to invest in measures which reduce water pollution and soil erosion, and may also help to save costs, adds Mr Hoyes.

Payments are available to help fund fencing, hedgerow maintenance and flood management measures, such as the installation of leaky dams.

In high priority water quality areas - as shown on MAGIC maps - funds may also be available for concrete yard renewal and roofing over manure storage or sprayer wash-down areas.

There is no limit on the value of a mid-tier CSS application if it includes a mix of capital and environmental management options.

However, there is a maximum claim value of £10,000 if the application includes capital items only.

Mr Hoyes says farmers in a priority water catchment wanting to apply for capital items will require the support of a Catchment Sensitive Farming Officer (CSFO) to be considered for funding.

He says: “Now is a good time to book an appointment with your local CSFO, who will arrange a free visit to assess your plans. Officers can get very busy, so it is worth getting ahead and making contact now.”

The government has been offering farmers with expiring Higher Level Stewardship (HLS) agreements one-year extensions on a rolling basis to help keep high-value schemes in place until it is in a position to roll out ELMS.

Farmers who applied for CSS in 2015 will have first-generation agreements coming to an end on 31 December 2020 and it is possible that the Rural Payments Agency may also offer to roll them forward for a year.

“However, this could leave agreement holders vulnerable if this option is subsequently withdrawn and ELMS is not yet in place,” Mr Hoyes says.

“Where agreements have run smoothly and had the desired outcomes, applying for a new five-year agreement should be considered.

“Not only will this lock in payments for another five years, but it is also an opportunity to add in extra options including capital works.”