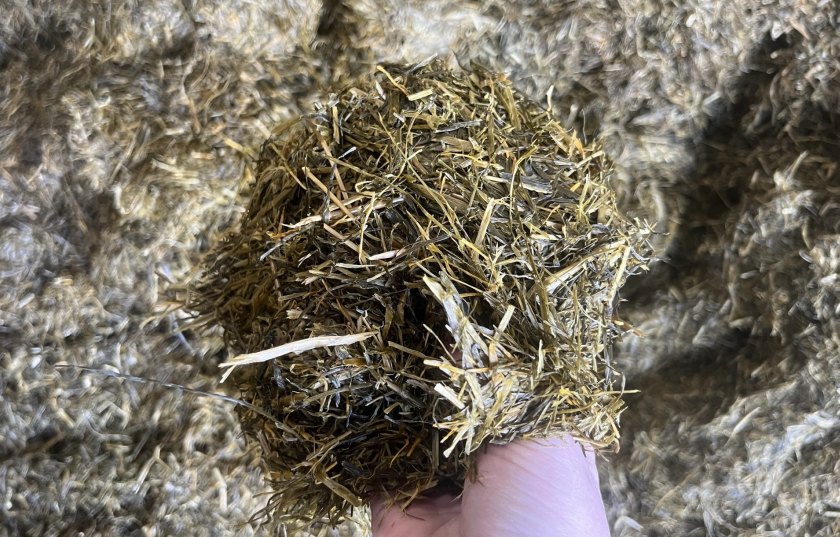 Dairy and beef producers are being warned by nutrition experts against feeding spoiled silage to their cattle this winter.

The warning by Lallemand Animal Nutrition comes amid reports some farmers may be short of silage for the season ahead.

The firm is urging farmers to resist the temptation to include any spoiled silage, even in small amounts, in the ration for their cattle this winter.

Lientjie Colahan, technical sales support at Lallemand Animal Nutrition, said making the most out of home-grown forage was more important than ever.

"Feed prices continue to soar," she said, "However including spoiled silage in rations can do more harm than good.

“Feeding spoiled silage, even in small amounts, will have a detrimental impact on how much the cattle eat and how their rumens function.”

A study conducted in the US in 2000 looked at the effect of feeding spoiled silage to a group of cross-bred steers – in terms of rumen health and intake.

The trial found the steers that were only receiving good silage had healthier rumens leading to better fibre digestion, compared to those that were fed spoiled silage.

It also showed that as the percentage of spoiled silage in the ration increased, the animals ate less and the rumen mat, which stimulates the rumen to contract and mix feed together, started to disintegrate.

Mrs Colahan said that although it’s too late to influence the quality of silage available for the winter, farmers could make a big difference to how forage – and bought-in feeds – are digested in the rumen.

Alongside the removal of visibly mouldy silage and regular testing of forage to ensure the ration is appropriately balanced, she recommends including a rumen-specific live yeast in the ration.

She explained: “A live yeast will enhance the rumen’s ability to deal with stresses, such as spoiled forage, while also helping to release significantly more energy from the fibre fraction of the diet.

“Live yeasts work by scavenging oxygen in the rumen, which in turn creates a more anaerobic environment – this helps the positive microbes, which work to digest fibre in the rumen, to flourish.

“The typical response of including a rumen specific live yeast, such as Levucell SC, is an improvement in ruminal digestive efficiency which increases the nutrients available for milk production and/or growth.”