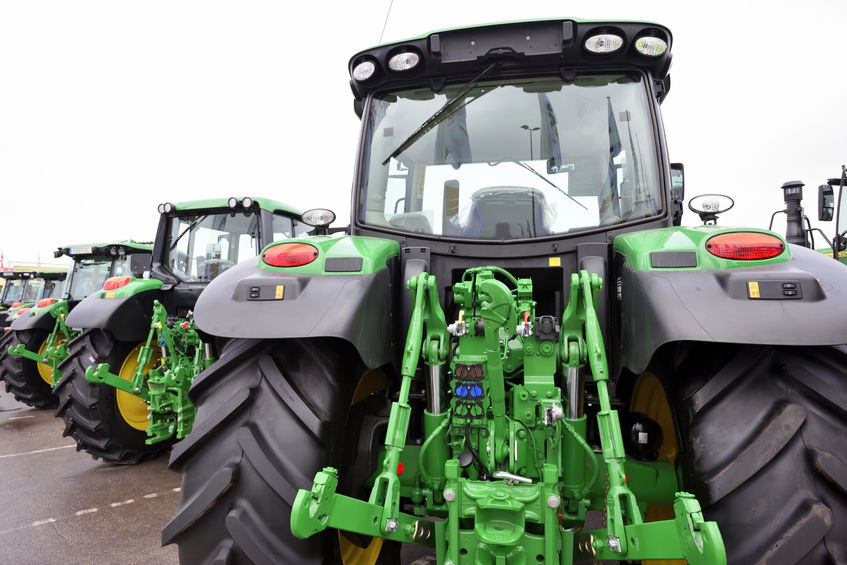 Farmers in England have been warned of a recent surge in tractor GPS thefts resulting in the loss of tens of thousands of pounds.

Farming businesses have been told to ramp up security after the string of thefts, taken from Devon and Wiltshire since the beginning of May.

In one incident ten receivers, seven screens and ten arm rest screens were taken from a farm in Trowbridge.

There are fears that criminal gangs are working their way across the country as other farms in the Midlands, including Staffordshire, have also been targeted.

"As well as stealing vital equipment, criminals are leaving a trail of damage as they smash glass to gain access and crudely cut wires," she said.

"This crime has now spread to other parts of the country, making it a national issue."

During the Covid-19 crisis, the insurer has seen a surge in high-value but smaller, portable items being taken - and this is driving the rural crime wave.

“This trend is deeply worrying for farmers who are investing in hi-tech equipment to make their farms more efficient and reduce pollution," Ms Davidson added.

In an attempt to stop thieves targeting GPS kit, manufacturers now provide PIN numbers to prevent the equipment being used by others.

Most GPS kit in use on farms today is fitted to tractors as an easily-removable accessory.

To prevent thefts, farmers have been removing the kit when it’s not in use and storing it under lock and key.

It has seen notifications of these units subsequently being offered for sale in Eastern Europe, Africa and the United States.

“Recommendations are to overtly mark such items marking them indelibly with farm name, postcode or in a single identifying colour, this will make their resale unattractive to thieves.

"We would also encourage owners of Starfire 6000 systems to enable the pin code and render them useless to criminals."