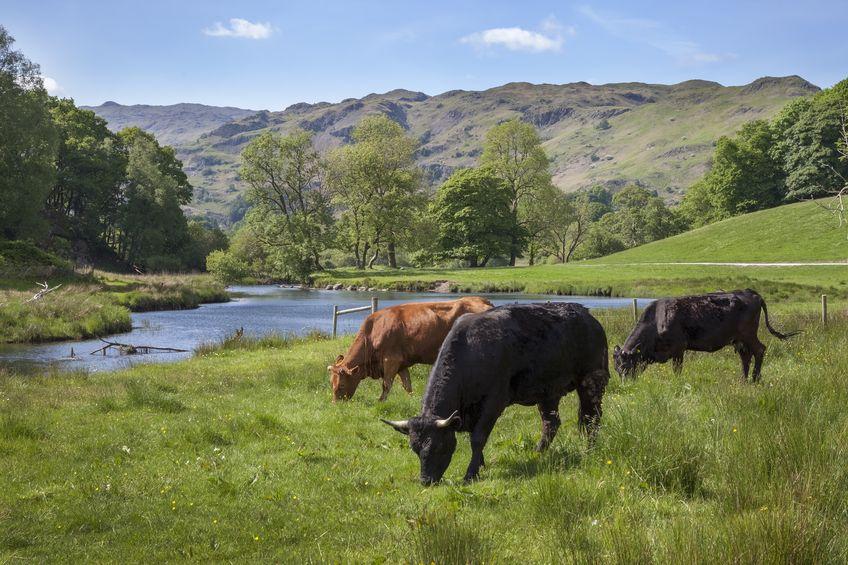 The government's 25-Year Environment Plan has been launched, which includes support for farmers to create 500,000 hectares of new habitat for endangered species, such as meadows.

It will also include helping farmers replenish depleted soils. The plan states England’s soils must be “managed sustainably” by 2030, calling it “an important step in the right direction” towards restoring the UK’s soils.

Defra Secretary Michael Gove has been vocal on the subject of soil health. He said the UK will see the "fundamental eradication of soil fertility" because industrial farming has "damaging the earth".

The plans will also provide £5.7 million to kick-start the new Northern Forest, which has been touted as a rural economy booster.

A new environmental watchdog is also in the making, which will hold government to account for environmental standards, and setting out a new approach to agriculture and fisheries management.

'Improve within a generation'

The overall aim sets out goals for improving the British environment, within a generation, and leaving it in a better state than it was founded.

It details how government will work with communities, farmers and businesses, and sets out what it will be doing over the next 25 years.

It follows news that farmers will be rewarded for making improvements to the environment under a new system of subsidies which will replace the EU's CAP.

The plan sits alongside two other important government strategies, the Industrial Strategy and Clean Growth strategy.

'Food at the heart'

The National Farmers' Union says farming is in a "unique position" to deliver for the environment, but only if there are productive and viable businesses – where "food is at the heart".

NFU Vice President Guy Smith said: “Over the past four decades, farmers have carried out a huge amount of work to encourage wildlife, as well as benefiting the landscape, soil and water and reducing their impact on the climate.

“But there must be a coherent approach. British farming has a unique role in producing a safe, affordable and high quality supply of food as well as protecting, maintaining and enhancing 70% of the nation's iconic countryside.”

Mr Smith said that only remains feasible, however, as long as farmers run "sustainable and viable" businesses.

CLA Director of Policy Christopher Price said farmers and landowners across the country will play a "crucial role" in delivering on this vision set out by the Prime Minister.

He said: “The plan reflects not only the significant amount these businesses already contribute but also helps us all to understand how much more we can achieve in the future.

“The plan acknowledges the range of ‘public goods’ that are delivered across our countryside. It is farmers and landowners that deliver these ‘goods’ from investing in improving soil quality, to reducing flooding risks to homes and businesses and managing woodland.

However, Mr Price said there is more work to be done to make plans more specific, and signal where the "hard choices" will be made.

He said much of what is proposed will require significant investment from a range of sources consistently delivered over decades.

“It also requires us to create market opportunities, whether that be to reward land use that captures carbon, manages water or provides offsets for the environmental impacts of development,” he added. “This will be a big part of making this successful and sustainable.”

He explained: “We need much greater clarity than this plan provides on the role of the local planning system. If we are to deliver on our environmental ambitions as a nation we have to rethink much of how we live and work.

“This requires innovation in house building, infrastructure provision and upgrading of business facilities, especially within farming, and that means promoting significant new development.

“Too often the impulse in the planning system is to interpret environmental responsibilities as a need to slow or hold back development, whereas it is by encouraging and harnessing growth that we are more likely to succeed.”