Farming 'as we know it' will end in 50 years, Monbiot claims 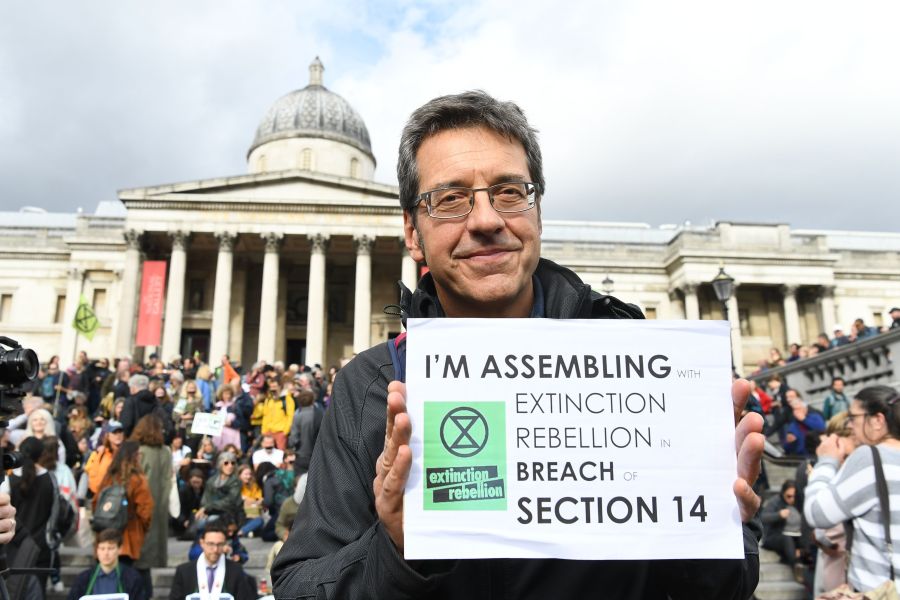 Environmental activist George Monbiot has claimed conventional farming will end in fifty years as the world moves away from 'agriculture as we know it'.

Instead of food produced from the thousands of farms that dot the UK, the human diet will eventually rely on synthetic food made in laboratories, he claimed in the programme 'Apocalypse Cow'.

The Channel 4 documentary was broadcast last night (8 January) and looked at how modern farming could be gone by the middle of the century.

Monbiot visited a team of researchers in Finland who unveiled their process for food production - made out of bacteria and water.

The Helsinki-based scientists, who run a company called Solar Foods, created a synthetic flour which was then mixed with oak milk to cook a pancake.

Monbiot said such 'farm-free' foods could end modern farming, yet 'still feed 10 billion people [to] bring the world back from the point of collapse'.

“We went to Finland and looked at what a company called Solar Foods are doing, where they are making food from water and are able to produce protein at high volumes, easily and cheaply on demand. We are talking about revolutionary change,” he said.

“We are now seeing people developing feed stocks at laboratory scale which will be far more efficient and far cheaper than anything farming can produce.

“Meat will still be meat, but will be produced on collagen scaffolds in factories rather than in the body of an animal.”

Writing in a recent article for The Guardian, the controversial activist admitted that the end of the agricultural era would lead to the losses of millions of jobs.

He wrote: “Farmfree production promises a far more stable and reliable food supply that can be grown anywhere, even in countries without farmland. It could be crucial to ending world hunger.

“But there is a hitch: a clash between consumer and producer interests. Many millions of people, working in farming and food processing, will eventually lose their jobs.

He also urged the government to stop subsidising a 'dying industry' and instead use money to help farmers transition out of the sector.

“These farm-free foods could make the difference between planetary catastrophe and planetary survival,” Monbiot said.

Farming groups and those who work within the industry responded on social media to the controversial views.

Christopher Price, chief executive of the Rare Breeds Survival Trust, admitted that intensive livestock farming has negatives but that it brings numerous benefits.

“There are benefits - economic, social and environmental - that need to be preserved. The real challenge is to find the right balance.”

Yes, there are a lot of negatives with livestock production, particularly in its more intensive forms, but there are also a lot of benefits- economic, social and environmental- that need to be preserved. The real challenge is to find the right balance #cowapocalypse

Welsh farmer Gareth Wyn Jones said the discussion should move to food and farming sustainability, not destroying millions of livelihoods.

I’ve heard @GeorgeMonbiot will be on @theJeremyVine @BBCRadioTwo talking about stopping all farming . I’ve read his article and great to see a new food source, but he should be talking about working with sustainable farming practices not destroying millions of ppls livelihoods .

Other people criticised the Channel 4 programme for being unbalanced and one that presented unsound arguments.

A totally illogical and completely biased perception of agriculture from #ApocalypseCow. A vegan diet importing ingredients from thousands of miles around the world and the energy costs involved in processing such “food” seems irrelevant. Yet agriculture has “double standards”.

Farmers in the UK are the key to reducing the co2 emissions. If we stopped eating meat and animal products we would see hundreds of thousands of people out of work. We need to have a healthy balanced diet of locally sourced produce. This programme is unbalanced #apocalypsecow pic.twitter.com/d88nInUGsp

#ApocalypseCow Yes George, we need more trees. Yes, we need to move away from industrial farming. But that doesn't mean we need to end all livestock farming. We need to look at this in the round, weighing up impacts on env, farmer/ worker livelihoods, human health, animal welfare

So the answer to the food issue is to take away our capability to grow our own food and put it solely in the hands of big businesses and factories. We know the environment is safe in their hands ?? #ApocalypseCow