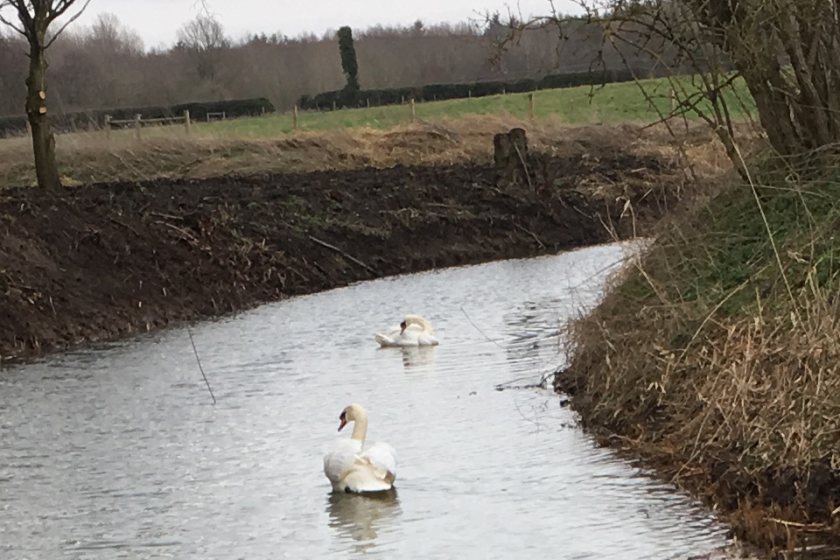 The work had been carried out between October and December 2018, but was only discovered in January 2019 (Photo: Environment Agency)

A Norfolk farming company has been ordered to pay out £66,000 after it was found to have harmed the habitat of water voles, a protected species.

Paul Rackham Ltd, based at Manor Farm, Bridgham pleaded guilty to carrying out works on the River Little Ouse at Lodge Farm Estate, Gasthorpe near Diss. The work was carried out without a permit.

A remediation scheme valued at £400,000 has been carried out by the company, which will repair the harm caused and to reconnect the River Little Ouse to the floodplain.

Despite this, the company was sentenced at Norwich Crown Court on 30 March, where it was fined £17,000. It will also pay £49,000 towards prosecution costs.

A 2.4km stretch of river was dredged and deepened with work also carried out to raise and re-profile the riverbank. Vegetation from the river and the bank was also removed.

The work was carried out between October and December 2018, but was only discovered in January 2019.

A member of Environment Agency staff went to take a sample to monitor drought in the area, where he noticed that the channel was deeper than usual and had to abandon his sampling because of this.

Officers visited the site again in February 2019 and found that vegetation and trees and been removed from the site.

They later spoke with company director Paul Rackham senior on the phone, telling him to stop the work as it needed a permit. No further work was carried out.

Further visits to the site found that the work had, had a significant adverse impact on the habitats of water voles and invertebrates.

Surveys carried out along the river showed evidence of water voles in the area. Officers concluded the unpermitted work had damaged their burrows and removed their food source and shelter, vegetation from the river and banks.

The River Little Ouse was found to have slowed in flow leading to different plants and invertebrates. Numbers of freshwater shrimp in the area dropped to their lowest recorded numbers in the past 5 years.

Sentencing the company, Judge Bacon QC found the level of harm caused was significant. She found that Paul Rackham Ltd had been reckless in carrying out the work without first obtaining a permit.

The company said it was unaware it needed a permit but it had obtained flood defence consent from the Environment Agency in the past.

It had also previously been advised to contact the agency in advance of doing any dredging.

Norfolk flood risk officer, Naomi Daniel said: "Businesses should ensure they have the correct permits before they carry out work. Anyone that needs assistance with this should contact us for further advice.

"Ensuring you have the correct permits ensures no environmental damage is caused. In this case, the actions of the company caused serious damage to the local ecosystem and endangered water voles which will take time to restore."