Farming family's new entrepreneurial idea is all about snails 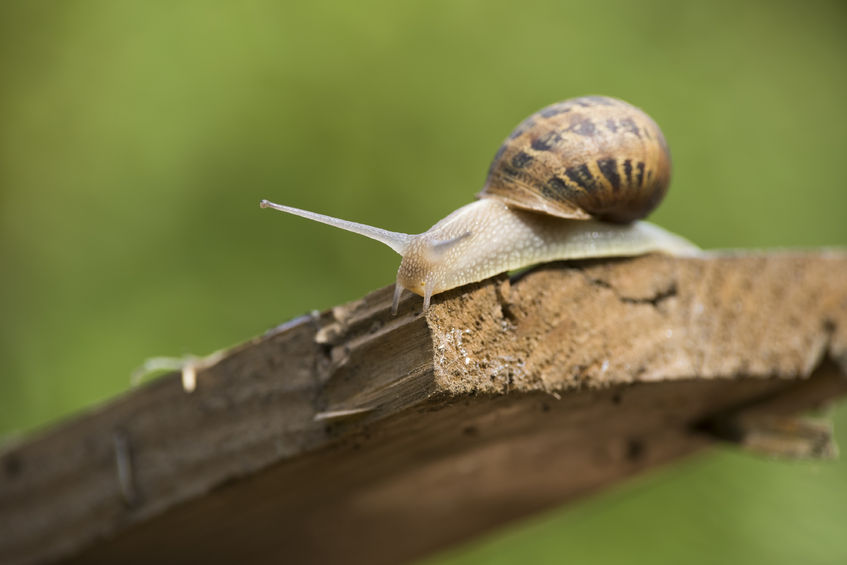 Besides food, collecting snail slime could be yet another money-spinner because of its acknowledged anti-aging properties for human skin

A farmer's proposals to breed edible outdoor snails on his farm could lead to a lucrative new stream of income.

Apart from a very occasional heatwave such as the one this summer, Welsh weather can usually be counted upon to provide the perfect damp, rainy conditions loved by snails.

Snails, often served in garlic butter, have long been regarded as a delicacy by many top chefs and it seems that collecting their slime, more correctly termed mucin or serum, could be yet another money-spinner because of its acknowledged anti-aging properties for human skin.

“With the uncertainty of Brexit and agricultural grants, we need to consider all kinds of diversification enterprises to safeguard the future of the family farm for future generations,” says Richard.

“I had carried out some preliminary research following a family holiday in France when snails, or ‘escargot’ as they’re known there, which are high protein yet low calorie, were on the menu in almost every restaurant.”

Richard and his wife Eleri, a retired social worker, have three grown up sons who are all successful business people in their own right.

Alongside developing their own careers, the three boys, who all live locally, have invested time in the family farm business.

They credit their dad for giving each of them not only a love of the land and the incentive to safeguard their family heritage but also an entrepreneurial streak.

The farm now extends to 200 acres, but Richard bought the original 70 acre unit in 1974 having set his heart on owning the farm where generations of his family had been tenant farmers for over 300 years.

“It was a lifetime mission to develop the business for the boys through buying adjacent farmland and buildings which had previously provided livelihoods and homes for other members of my family,” says Richard.

Thanks to their father’s planned programme of expansion and getting involved in a number of diversified enterprises as they grew up, all three sons are now closely involved with the family business. They believe the new snail venture could become a lucrative project.

“Dairying, beef and sheep enterprises, breeding pigs, providing farm accommodation, setting up a glamping site and converting farm buildings into rental spaces and off farm employment has over the years provided valuable income but we’ve always been ready to adapt to market requirements to ensure every element of the business performs at peak levels,” says Richard.

He says the family has a lot more research to carry out, particularly in respect of soil sampling the plot now earmarked for the snail enterprise and then if all goes to plan, of fertilising and then cleansing the soil to ensure no flies or bugs could affect the new residents.

He and his sons are optimistic that for a relatively low capital outlay their latest plan to diversify into snail farming could be yet another winning idea which would sit well within their existing tourism enterprise.

During his visit to Cherasco, Richard and a small group of international students learned how to build an external ‘fence’ which would prevent other creatures such as mice from disturbing the snails and also keep ‘wild’ snails out.

“A ditch is dug in the first instance, and posts are then placed 400mm into the soil before placing plastic/fibre glass in the space,” he says.

“After building an external fence, pens of approximately 45m x 3.5m need to be built for the snails, with special plastic netting fence placed around the pens.

“Each pen is split in two, 40% for breeding and 60% for growing/fattening.

“The edge of the pen is sown with white clover in the first instance, follwed by chicory, beets or winter brassicas such as chard with the first sowing taking place in March (40% breeding area) and the remainder in July – it’s a diet they like and makes for top quality snails,” Richard adds.

Richard says that through the contacts he made in Cherasco, he’s already lined up a number of buyers keen for him to get his breeding programme underway since demand currently exceeds supply, but it’s not just the snails which have the potential to make money.

The slime from snails is packed with nutrients credited with having anti-aging properties, and with the right equipment it can be collected, stored and sold to make-up manufacturers. Bottled snail eggs can be ‘harvested’ and sold as snail ‘caviar’ while the snails themselves can also be sold as food for snakes and other reptiles.

“It was evident that the work in Cherasco creates a visitor market in itself because in addition to attracting tourists and parties of local schoolchildren keen for an out of the ordinary experience, people come from all around the world to learn about farming snails,” Richard says.

“Cherasco and the surrounding area is world famous for the ‘Slow food movement’. It has become famous for its specialist produce and I think it would be possible to promote a snail farm to visitors wishing to learn about something fun yet fascinating, and also very different here in Wales.”