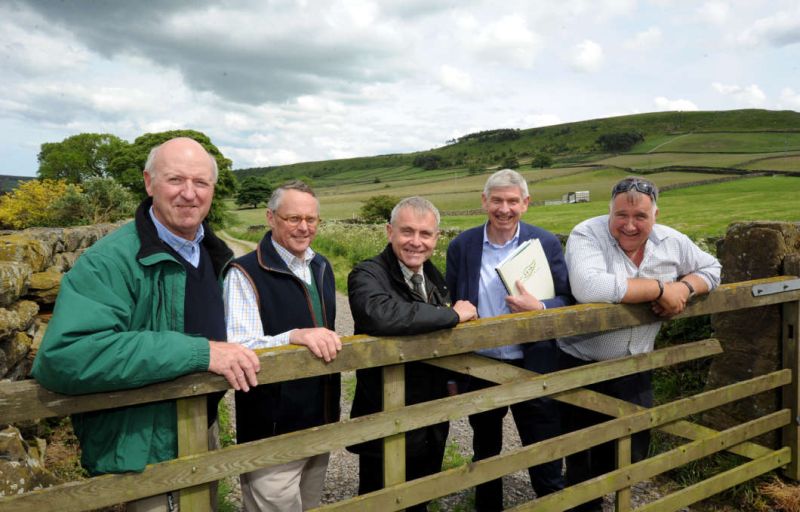 The Defra minister, who was appointed the role in March, visited a North Yorkshire Moors farm on Sunday 9th June.

Stonebeck Gate Farm, part of Dawnay Estates, was one of over 360 farms across the UK opening their gates to the public for the farming industry’s annual open day.

He was met by Robert Sword, Dawnay Estate Director and Philip Wynn, who is chairman of LEAF, the educational group which spearheads the industry initiative.

This is the third Open Farm Sunday event at Stonebeck Gate Farm, which was organised in conjunction with the North York Moors National Park.

Mr Goodwill said Open Farm Sunday is a 'fantastic' initiative which gets people out in the countryside to see where food comes from and to meet those who produce it.

“There are so many diverse British farming businesses and I hope that everyone who visited a farm today learned something new about what farming delivers and why it is so important – producing the food we eat, protecting wildlife and providing access to the beautiful countryside.”

He added: “I would like to thank every farmer who participated today, taking the time to welcome the public onto their farms.”

Caroline Drummond, LEAF Chief Executive, said the day was a 'celebration' of farming.

“By coming together, we are helping to increase the public’s understanding of farming, build trust and raise awareness of the critical role farmers play, not just as food producers but as providers of healthy soil, clean water, better air quality, high animal welfare standards, public access as well as health and wellbeing.

“As we look to future changes in support payments, it is more important than ever for farmers to communicate and connect with the public,” she said.

Next year’s LEAF Open Farm Sunday will take place on the 7th June 2020.