Farming supply chain 'is not working' as summit urges action 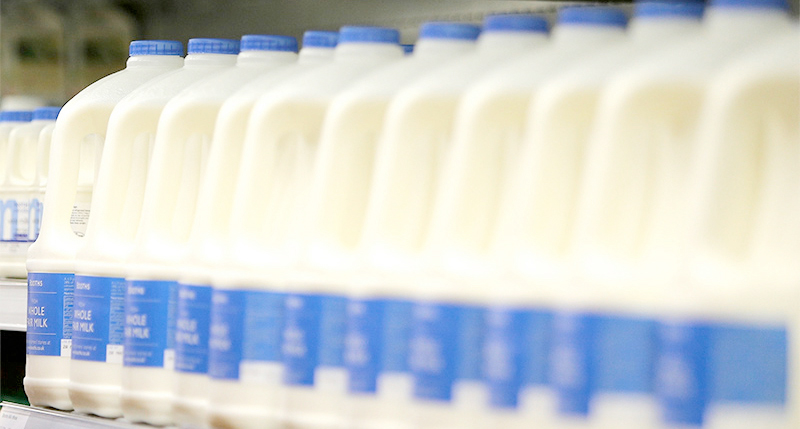 Farming union leaders have welcomed the UK farm ministers’ acknowledgement that the supply chain is not working and that urgent measures are required to address the immediate farming crisis.

At a meeting yesterday, there was recognition that this is not just a crisis in the dairy sector but is impacting most farmers across the board with the lamb sector also being particularly hard hit.

The meeting of the UK farm ministers, held at Defra’s office in London was also attended by the Presidents of the NFU, NFU Scotland, NFU Cymru and Ulster Farmers Union. A series of actions were agreed which retailers and the food service sector should commit to urgently.

These include; clearer country of origin labelling; clarity on sourcing policies; better, more consistent promotion of British food and, from the government, delivery of its public procurement food policy.

There was recognition that some of the issues facing farmers could only be tackled at EU level and there was agreement that the farm ministers would agree to present a united position representing all UK farmers at the emergency meeting in Brussels on 7th September.

“Our farming members now expect to see these words followed up with visible, tangible actions. The ministers should be in no doubt that the time for talking is now over.

“Ahead of the emergency European farming summit in Brussels on 7 September all parties agreed today to work on, and agree, the UK demands that will be put in front of the European Agricultural ministers and the Commission.

“The UK farming union presidents once again stressed the importance of timely BPS payments and ministers all committed to do all they can to ensure this happens. These payments are going to be essential to the cash flow of many hard-pressed farms.

“In the immediate short term, we look to the retailers and food service companies to ensure they are treating their farming suppliers fairly. We believe they have a responsibility to ensure that there is a sustainable farming industry and they need to understand their vital role in this to guarantee their security of supply in the future.”