Farmland fly-tipping increases by two thirds in past seven years 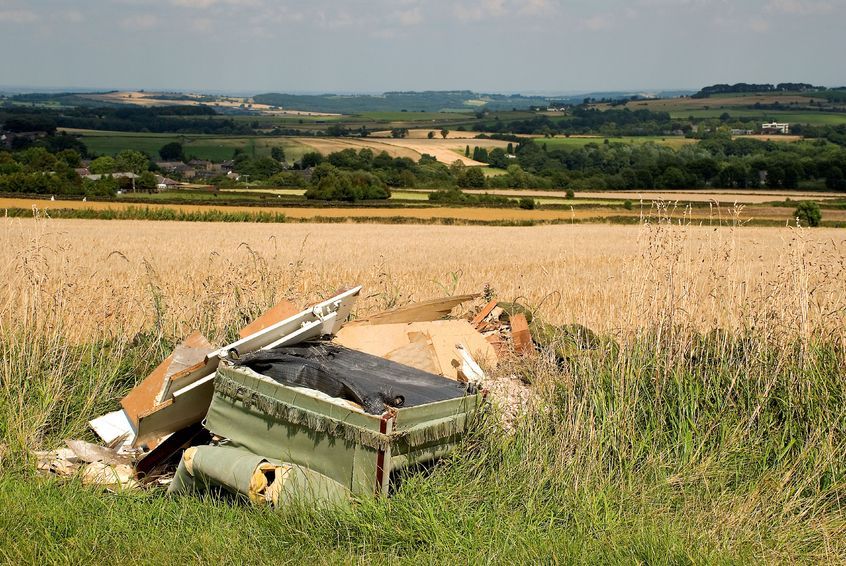 New figures show fly-tipping on farmland has increased by two thirds in the past seven years as councils warn the crime is getting worse.

While the majority of fly-tips takes place on public highways, council land and footpaths, the District Councils Network (DCN) is warning that farms are a growing target.

The DCN, which represents 191 district councils, is calling on the new government to ensure districts have the funding and flexibility to manage waste locally and crack down on fly-tipping.

Currently, districts are taking on average nearly 300 separate actions every day to tackle fly-tipping, but say they could do more if they had increased funding.

There are also calls for sentencing guidelines to be reviewed so offenders are punished with heavier fines for the more serious fly-tips, which would serve as a deterrent.

Councillor Dan Humphreys, of the DCN said: “Fly-tipping is the scourge of our communities. Not only does this eyesore ruin local areas, damage the environment and cause misery for residents, but it also creates a public health risk.

“However as our findings show, what is now becoming increasingly apparent, is how criminal fly-tippers are turning their attentions to targeting agricultural areas, blighting our idyllic countryside.

“Districts, which are responsible for clearing up fly-tipping, are doing all they can to fight fly-tippers, and have taken action over 600,000 times in the past five years,” Mr Humphreys said.

“To help districts continue waging war on fly-tipping, the new government needs to make sure districts have the funding and flexibility to ensure waste is well managed locally, and for sentencing guidelines to be reviewed so courts issue bigger fines for the more serious offences.”