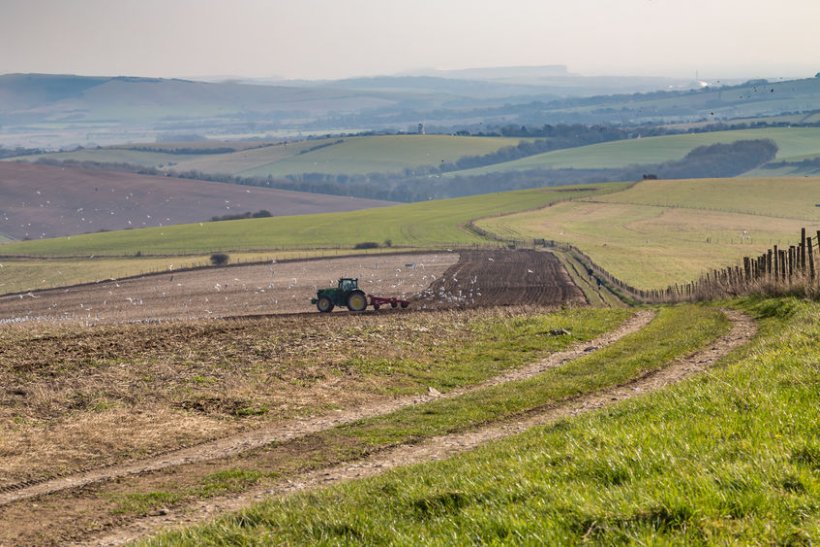 Farmland values rose by an average of 3% in 2020 with record low supply and relatively robust demand helping to underpin values, according to new analysis.

Strutt & Parker's Farmland Database shows that the average price of arable land was £9,300/acre and £7,200/acre for pasture.

"Indeed, the consistency of average prices in recent years is a remarkable story – the 2020 average arable price of £9,300/acre is exactly the same as the five-year average."

However, there was a significant range in values between the top and bottom of the market, according to the Farmland Database.

This ranged between £5,200/acre to £17,500/acre, with location and a property’s appeal to lifestyle or other non-farmer buyers being a critical factor.

In the second half of 2020, there was strong interest in residential farms and estates, particularly in the south and west of England, from buyers seeking a change in lifestyle as a result of Covid-19.

Rollover buyers, along with private investors, continue to be active in many regions, viewing farmland as a safe, long-term investment.

Mr Sudlow highlighted that Strutt and Parker had also seen an increased number of enquiries from overseas.

"But at the same time, there are now instances where some of the best quality land is selling for the least amount of money, because it is located in less appealing areas to non-farmer buyers,” he said.

Even without Covid-19, 2020 was always going to be a momentous year for farming, given the new Agriculture Bill and uncertainty over whether there would be a Brexit deal, as well as dealing with the pressures of one of the worst harvests in decades.

“Many sellers continued to hold off from marketing their land in 2020 because of uncertainty about Brexit trade arrangements and changes in the subsidy system," Mr Sudlow said.

"Supply also never fully recovered from the 43% fall in farms and estates for sale in the second quarter, when the first COVID-19 lockdown happened."

Overall, just under 54,000 acres were publicly marketed in 2020, which is the lowest amount on Strutt and Parker's records, and perhaps in history.

It is well below 2019's 69,300 acres, which was already one of the lowest years on record and also a third below the five-and ten-year averages.

Mr Sudlow said: “Although in some regions private sales were a growing trend in the market, the rise in off-market transactions only partially offset the fall in public sales, so overall supply remained tight.”

Last year was the first time since 2009 that fewer than 200 farms and estates were for sale in England.

And while landowners are beginning to gain a clearer picture of the future now that a Brexit trade deal has been agreed, Mr Sudlow expects the volume of land coming to the market to remain tight in the short term.

“Historically, greater certainty about the policy framework has traditionally brought more supply to the market, but there are still many unknowns about the practical implications of the trade deal and new regime.

“2021 is the first year that farmers will see cuts in their Basic Payments, which could focus the minds of some who are contemplating selling and make purchases less appealing.

"Yet it can also be argued that the true impact of the BPS reductions on cashflow won’t really be felt until 2022, so people may choose to wait a while longer unless they are already feeling financial pressures following last year’s poor harvest.”

The other big questions affecting the market outlook are connected with whether the government chooses to make changes to Capital Gains Tax or introduce a wealth tax as a way of paying for the pandemic, he said.

Changes to CGT would influence demand by affecting the amount of non-farming money available to buy land – either increasing it or reducing the number of rollover buyers in the market – depending on how changes are applied.

It is also possible the cut in Basic Payments could make farmland less attractive to investors as the guaranteed income associated with farmland will be removed over the seven-year agricultural transition period.

But there are many reasons why people buy land – many of which are not directly related to its ongoing profitability, Mr Sudlow explained.

“The growth in other markets such as carbon credits and natural capital may appeal to buyers who are not as focused on agricultural production as traditional farmers.

"We are already seeing demand for marginal land suitable for tree planting increasing,” he added.

Strutt & Parker's Farmland Database records the details of all farms, estates and blocks of publicly marketed farmland in England over 100 acres in size,