Farmland prices in England fell in second quarter of 2017 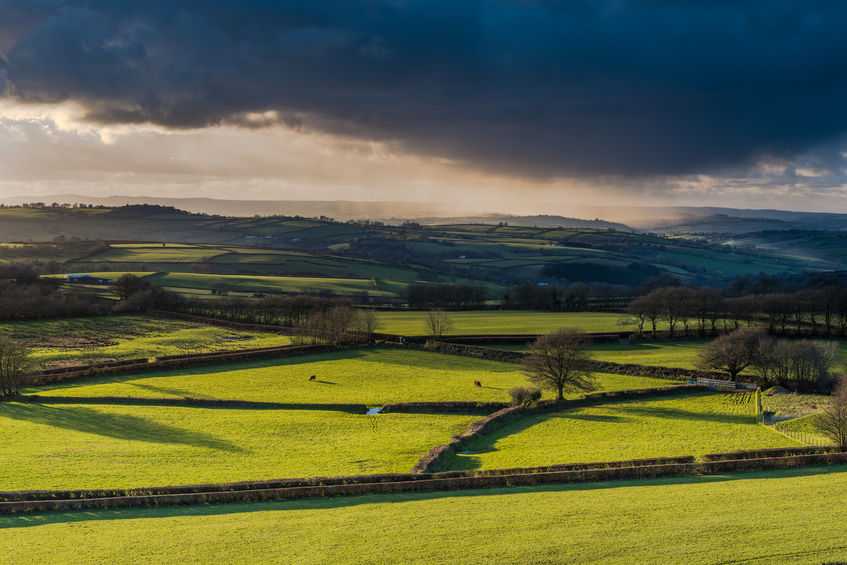 The average value of farmland in England and Wales fell by 1.7% to £7,313 an acre in the second quarter of 2017, according to the latest data.

However this slide, which takes the drop over the past 12 months to 6%, hides an emerging split.

Andrew Shirley head of research at Knight Frank said: "On the evidence of recent sales in southern and central England, the value of good quality arable land has started to rebound.

"The price achieved has approached £10,000/acre in some cases.

"Although this is some way off the values being paid at the height of the market in mid-2015, it suggests that demand remains strong for the right product."

But perhaps most importantly there is still not that much farmland for sale.

There has been no year-on-year increase in the amount of land and farms publicly advertised for sale.

At the same time there is still a wide variety of potential buyers looking for land, either farmers seeking to expand, investors hunting for long-term secure assets, or rollover-driven purchasers.

However, the demand for upland or more marginal farmland is more muted at the moment because of the heavier reliance on EU farm subsidies.

Data released by Strutt and Parker said the value of farmland in England appears to be 'levelling out' after 2 years of decline.

The past six months have been a time of 'unprecedented political and economic uncertainty'.

"Since its peak in 2015, the average price of English arable land has fallen back, mostly as a result of continued pressure on farm incomes," said Michael Fiddes, head of estates and farm agency for Strutt & Parker.

"However, the most recent analysis of our Farmland Database suggests that land prices have started to stabilise."

The average price paid for arable land in Q2 was £8,400/acre, around the same level as seen during the first three months of the year.

There can be a wide range in prices paid, but the majority of land sold in the £8,000–£10,000/acre price bracket, with most of this at the lower end of the range.

Mr Fiddes said demand for farmland remains highly localised with some farms going under offer quickly following competitive bidding, while others are attracting much lower levels of interest.

"Farms are generally taking longer to sell, particularly the smaller units of 100-500 acres, but some of the larger blocks of ground are selling particularly quickly and selling well.

"One factor is more activity in the market from buyers looking to roll-over windfall funds from the sale of residential development land.

"Lifestyle buyers and private investors are playing an increasing role in the market."

The data points to a significant fall this year in the proportion of land selling for more than £10,000/acre, compared with 2014 and 2015.