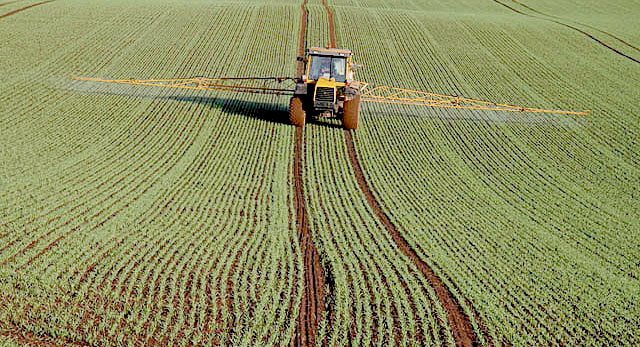 The first flotation of a farmland and arable landowning group is set to happen on London's Alternative Investment Market.

Greenshields Agri has developed from a concept agri business to a profitable operating business supported by a farming group and a farm real estate management concern.

GAL was established in 2010 as a registered UK farming company. GAL continues to expand organically and, having proven the concept, additional investment sources are sought to increase capitalisation and market penetration.

GAL has a membership investment in GrainCo, the largest grain trading and marketing business in the North of England and Scotland and provides grain storage & marketing expertise.

Estate and farm management services are provided by George F White, one of the largest agricultural service providers operating within the UK Northern Grain Belt.

The Group’s initial focus has been on the UK Northern Grain Belt, although other compatible geographical areas are being considered, such as Canada.

Prime arable land in the UK has seen a substantial year-on-year growth in prices of around 17.9%

The average rate of growth during the three months to the end of September for prime and average quality land across England slowed as the implications from weak commodity prices dawned for many potential purchasers.

However, as with all averages these figures hide some exceptional sales where the right product in the right location, which often represent a once in a lifetime opportunity for a purchaser, buck the trend.

Conversely, higher average growth rates were recorded for some of the poorer quality land.

Alex Lawson head of Savills farms and estates team comments, “The range in values for farmland is now so significant that there are buyers who are choosing to take advantage of the relatively good value poorer quality livestock land.

Our research shows that just over 120,500 acres of farmland were publicly marketed across Great Britain during the first three quarters of 2014; a fall of -7% compared with the same period in 2013. However there are significant differences between countries with Scotland seeing a -28% fall, Wales -22% while in England the acreage increased by 4%."

Supply across England continues to be historically low and our records highlight that this year the volume of publicly marketed farmland is the second lowest since 1995 (2004, the year before Single Farm Payment, being the lowest with 114,400 acres being advertised to end September).

It is worth noting that the private market accounts for some of the shortfall, which this year includes the sale of the substantial Co-operative Farms portfolio.

Moving into 2015 there are a few factors that might increase supply and affect ongoing growth in values. These include pressure on farm incomes and political uncertainty. At a national level we are expecting some growth in average values, but this will be more muted than in 2014, with a continued diversity in the ranges of values achieved.

Ian Bailey head of rural research comments, “Clearly an understanding of local market conditions will be critical to both buyer and seller to ensure realistic expectations.”