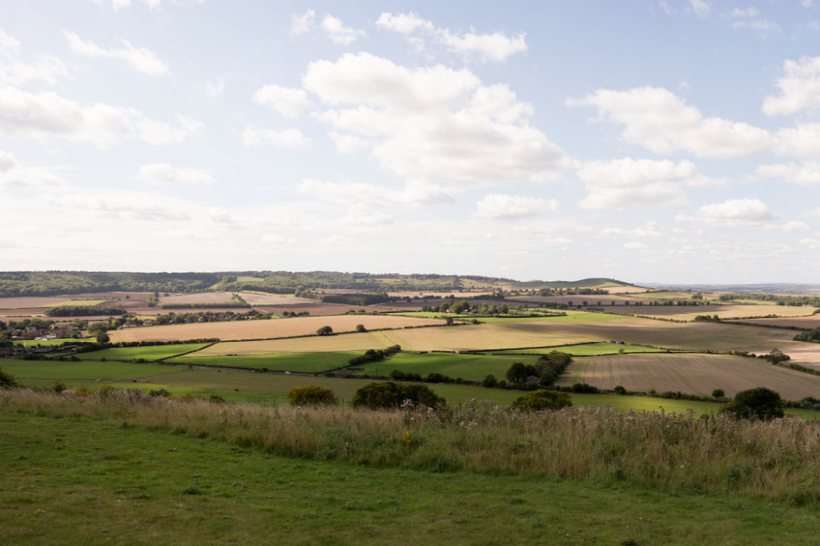 There are a growing list of other buyer types who are interested in investing in farms, Strutt & Parker says

Agricultural land values in England rose by 1% last year, fuelled by a shortage in the number of farms for sale and the growing range of buyer types, according to Strutt & Parker.

The increase in 2021 follows a 3% rise in prices in 2020 and comes despite farmers currently experiencing a cocktail of issues which is expected to reduce the returns from farming this year.

These include reductions in agricultural support payments, supply chain disruption and increasing costs.

The land and property specialist said the farmland market was 'strikingly robust' despite the well-publicised squeeze on profitability that farmers were currently facing.

Matthew Sudlow, head of estates for Strutt & Parker, said: "Farmers still buy more than half of farms which are sold, so they are a crucial part of the market.

"However, the reality is that most of the farmers who bought land in 2021 funded it either with rollover money or income generated from diversified enterprises."

Mr Sudlow said there was also a growing list of other buyer types who were interested in investing in farms, for reasons which did not always relate to farm profitability.

These include lifestyle buyers looking to secure a slice of the countryside, private investors who saw land as a safe asset in which to store their wealth and companies and individuals looking to buy land for environmental projects, such as rewilding or tree planting.

Analysis of Strutt & Parker’s Farmland Database, which records the details of all farms, estates and blocks of publicly marketed farmland in England over 100 acres in size, shows just 55,000 acres came to the market in 2021, the second lowest amount on record.

Only 192 farms were publicly marketed, which is also the second lowest number in the past twenty years.

“If we look back to the mid-2000s, over 300 farms were regularly marketed each year, so we can see there has been a significant contraction of the market,” Mr Sudlow added.

“For anyone looking at a farm over 1,000 acres, the choice has been particularly limited, with only six farms of that scale publicly available last year.

"And while a growing number of vendors did choose to sell privately in 2021, the rise in off-market transactions will only have partially offset the fall in public sales.”

Mr Sudlow said demand had been keenest for the largest farms because of their scarcity, but there was also evidence to suggest strong demand for properties priced up to £1.5m.

“This may tie in with the rising number of lifestyle buyers seeking to switch from urban to rural living," he explained.

"There have been fewer residential farms available in 2021 than usual, which means those which have come forward have tended to sell well.

"For example, one 100-acre Cotswold farm recently on the market with Strutt & Parker for over £3m attracted over 30 viewings and quickly sold for more than its guide price."

One of the other significant trends in 2021 was demand for land suitable for environmental projects.

"This is now starting to translate into purchases, with green buyers active in both lowland and upland England,” Mr Sudlow added.

Looking ahead, he explained that in the short term market conditions were likely to remain unchanged. “It seems unlikely there will be any slowing of demand.

"When our agents returned after the New Year break, the phones were immediately busy with potential buyers wanting to know what farms and estates we might have available in the coming weeks and months."

He added that Strutt & Parker were also not expecting the availability of farmland to increase significantly in 2022.

"There is no evidence at present that the policy changes currently being implemented are prompting farmers to sell," he said.

"Although farmers will have received a smaller payment through the Basic Payments Scheme (BPS) at the end of 2021 and are also facing significant rises in input costs, this is being offset by higher commodity prices.

“With supply tight and demand firm, we therefore expect average prices to continue to nudge upwards in 2022,” Mr Sudlow added.