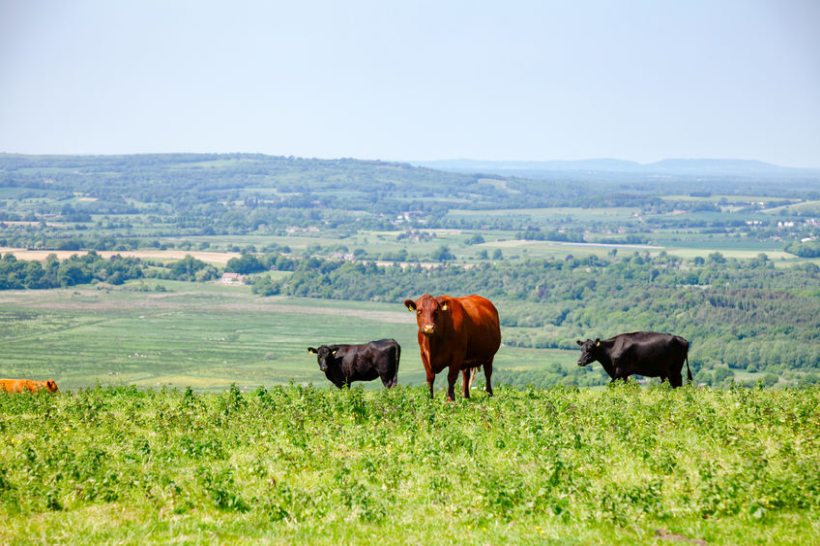 Farmers in the South Downs are working on a series of trials that seek to prevent nitrates leaching into the groundwater by improving soil quality.

New and innovative farming methods are being developed by farmers working in partnership with The Aquifer Partnership (TAP).

Launched earlier this year, the initiative seeks to protect groundwater underneath the South Downs around Brighton that provides drinking water to 1.2m people.

Like many aquifers across the world, the groundwater is under increasing threat from rising nitrate levels from fertilisers, manure heaps and run-off from busy roads.

The impact of climate change is compounding that threat as more heavy rainfall and droughts make the aquifer much more vulnerable to nitrate pollution.

In one trial, a farmer has applied nitrogen fertiliser directly to the leaf of the crop – rather than the traditional granular fertiliser that is spread across the soil.

Research has shown that around half of all artificial nitrogen applied to crops in traditional techniques escapes into the chalk rock beneath or is lost to the atmosphere.

But, by applying to the leaf directly, the hope is that less nitrogen will be lost to leaching, reducing this 50 per cent significantly.

Meanwhile, another farm is trialling “regenerative grazing”, where livestock are allowed to graze more intensively for shorter periods.

While the pasture is rested for longer periods, it is allowing grasses and herbs to recover and build up the quality of the soil.

Healthy soils, full of plant roots, invertebrates and microscopic life, are vital to reducing nitrate leaching and are also a major carbon capturer – one of the key ways to reduce global warming by taking carbon dioxide out of the atmosphere.

“It’s very exciting to be trialling these agricultural practices in the South Downs and we’ve had a positive response from the farmers we’ve worked with so far," she said.

“There’s no doubt that farming is at a turning point in history and traditional land management practices that have been driven by policy and subsidies are being adapted to be more nature-friendly."

Ultimately, it is about farmers understanding more about soils and learning what is happening beneath the surface of their arable or grazing land, she added.