Farms open gates to schools to inform next generation 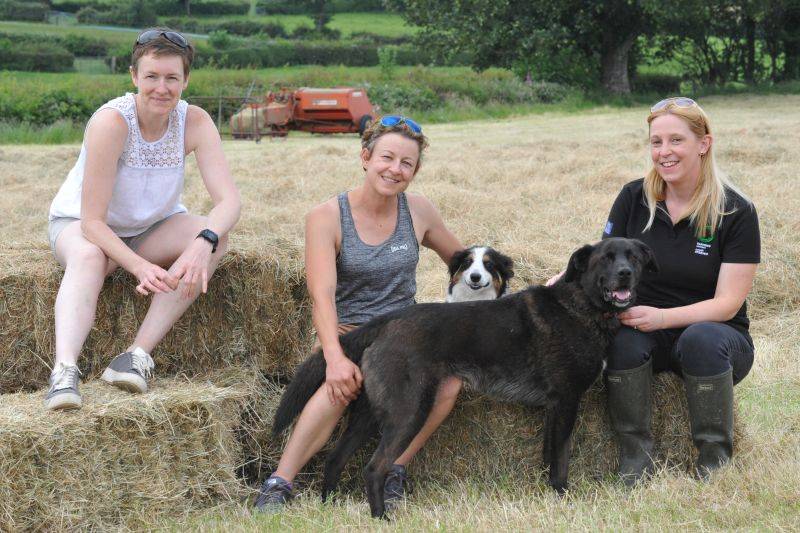 Farmers who are concerned that anti-farming messages promoted by campaign groups are influencing their next generation of customers are fighting back by inviting schools to their farms.

Twelve farmers from north-east Wales with an interest in educating children and the wider public about where their food comes from will open their gates.

They formed the Farm and Countryside Education Group earlier this year and they have made significant progress.

The farmers got involved in Open Farm Sunday and have also invited schools onto their farms.

One of those farmers is Rhian Pierce, who farms beef and sheep on 300-acre Plas Dolben, Llangynhafal.

Rhian was keen to get involved because she is fearful of the growing disconnect between farmers and their consumers.

She is concerned about the rise in veganism and is not willing for some of the inaccurate messages being promoted by animal welfare and environmental activists to go unchallenged.

It was the second year she had taken part in Open Farm Sunday but she had the confidence to aim higher this year.

Her visitor numbers trebled, to over 300. She said: “Last year it was mostly family and friends but this year lots of people we didn’t know came along which was fantastic.’’

Rhian has since invited three local schools to Plas Dolben - one has already visited.

The action learning programme brings together like-minded individuals from farm businesses at a local level.

Rhian admits some farmers were puzzled that she is willing to give up her time for no financial return to get involved in these educational initiatives.

Her response is that she is doing so with the future in mind: “It doesn’t make any money now but in the future it will because if we are helping to shape the food choices of future generations, people who will consume the food we produce.’’

Group member Marianne Burrell, who works at the Rhug Farm Estate, agrees: “We all have a common goal, everyone is willing to share ideas.’’

She says the estate’s owner, Lord Newborough, is passionate about educating people through ‘farm to fork’ initiatives.

The knowledge she has gained could help to formalise some of the educational initiatives at Rhug and potentially create employment opportunities.

Marianne is from a non-farming background and says membership of the group has filled gaps in her knowledge of agriculture.

The group has visited a farm in Oswestry that hosts school visits and later this year members will visit an agricultural college to learn how it links farming and education.

There will also be sessions on engaging with the general public through the media and using social media initiatives such as 'FaceTime a Farmer'.