Feed additive that reduces cattle methane to be scaled up 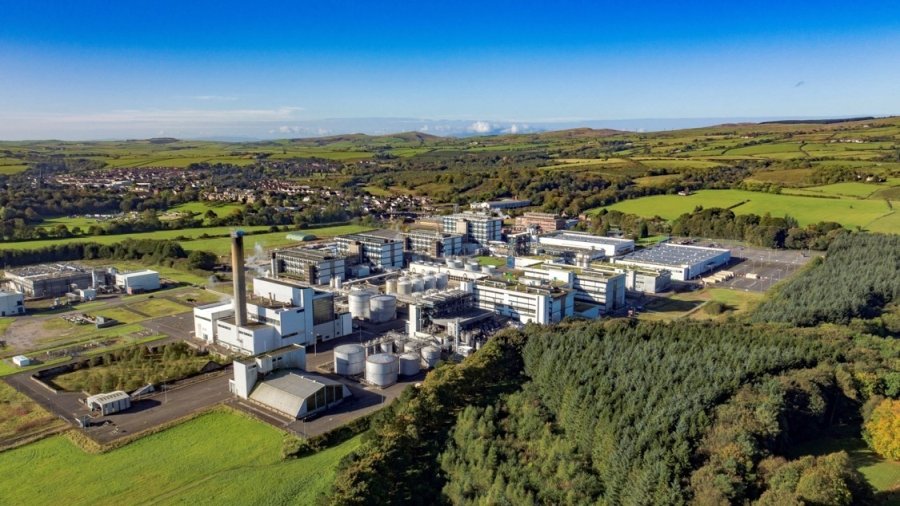 A ground-breaking feed additive that reduces methane produced by cattle by at least 30% will be manufactured in North Ayrshire for global use.

As the second week of COP26 gets underway in Glasgow, nutrition company Royal DSM has unveiled plans for a large-scale feed facility at its Dalry site.

There, global production will start of its feed addictive Bovaer, which the Dutch firm says will help farmers in the UK and around the world meet net-zero targets on emissions.

Just a quarter teaspoon of Bovaer per cow per day consistently reduces enteric methane emission by approximately 30% for dairy cows and up to 90% for beef cows, according to DSM.

Scientists agree that reducing methane emissions is an important lever to reach the Paris Agreement target of maximum 1.5 degree warming, especially since methane’s warming effect is shorter lived and more potent than CO2.

At the Dalry site, more than 300 people are currently employed by manufacturing the feed additive, but this number is anticipated to grow by 10% as preparatory work on the new plant is underway, set to be operational by 2025.

Royal DSM made the announcement following a meeting today (9 November) with Scotland’s First Minister Nicola Sturgeon at the COP26 summit.

She said methane reducing feed additives were a 'crucial' part of the solutions that the agriculture sector needed to deploy towards achieving climate ambitions.

"This multi million pound investment will make Scotland the home of this innovative product and highlights that Scotland is leading the way in delivering a net zero future," she said.

“I’m pleased to also welcome this boost to the Scottish economy, securing the Dalry site’s long-term future and safeguarding more than 300 existing jobs with an anticipated increase of job numbers of around 10%.

"We will also see between 100 and 150 construction jobs created over two years.”

Program director at DSM, Mark van Nieuwland added: “We are looking forward to offering a scientifically proven effective solution to the challenge of methane emissions by farming.

"We know the agricultural and livestock sectors recognise this opportunity for change and are eager to act."