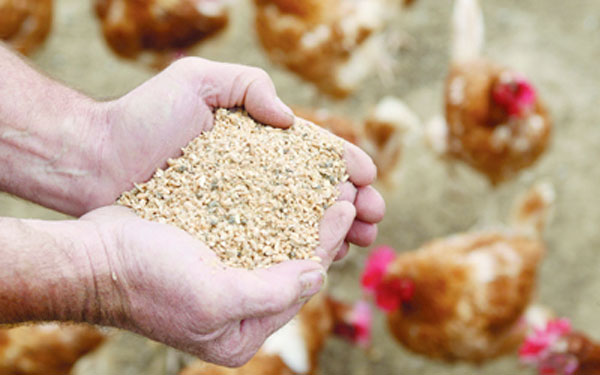 Richard Weightman from ADAS explains why investigating alternative sources of protein for use in livestock feed is crucial for reducing agriculture's environmental footprint and improving profitability for primary producers.

European agriculture’s reliance on imported protein for use in livestock feeds is environmentally detrimental, not to mention expensive.

The EU imports about 30m tonnes of soybean meal (SBM) or equivalent protein each year.

Soybean meal, a cheap and resilient crop, is often grown in regions of the world where land with a high carbon stock is cleared – rainforests, for example. This damaging land use change is unsustainable because it destroys valuable natural habitat and releases huge amounts of naturally sequestered carbon into the atmosphere which contributes to climate change.

Moreover, demand for SBM is growing, largely driven by livestock production for fast-growing economies - China and India in particular.

There, the burgeoning, increasingly affluent populations opt for diets which incorporate more meat and dairy products - those foodstuffs that demand protein-enriched livestock feeds.

China alone consumed 40m tonnes of SBM in 2011 and one of the country’s largest milling companies, Dongling Grain and Oil Co, said in late 2012 that global production would need to keep growing at 4-5 per cent to keep up with demand.

In Europe, the effect of increasing SBM prices has had a direct impact on the livestock feed costs, and therefore the profitability and vibrancy of the livestock sector. In the past two years, Defra’s statistics show that compound feeds across the board - for cattle, pigs, poultry and sheep – have risen by an average of £53.50.

In pigs and poultry production feed accounts for about two thirds of the total production costs. In recent years, this price pressure from increasing feed and static or reducing output prices, along with other pressures has forced many farmers to cease production.

So there is a clear need to slacken the environmental and financial tension inherent in protein production. It’s a fact which hasn’t gone unnoticed by government or food manufacturers.

In the last two or three years, research into alternative protein sources has increased significantly. For the most part, the research involves a strong cross-section of government, agricultural supply industry, food producers, farmers and research organisations of which ADAS is one.

There are a number promising lead investigations where we are contributing expertise, facilities and scientific insight.

One live project is investigating whether the proteins in leafy fractions of commercial crops such as grass, lucerne and brassicas can be concentrated in viable quantities and quality for use in animal feeds. Another two explore opportunities that the UK’s growing biofuel refining industry offer.

Recovering and processing the protein in the yeasts – a co-product of the production process may well be the next big source of high quality protein supplements.

Much of this research is part-funded by government through the Technology Strategy Board and Defra’s Sustainable Livestock Production LINK Fund, but most also involve the investment, co-operation, and expertise of the private sector. Their presence is crucial. For these activities to be worthwhile, commercial viability must be proven, not just the science.

It is unlikely global agriculture will never be weaned entirely off SBM – it’s too plentiful and cheap to produce for that.

However strides must be taken to curb dependence on the protein source for environmental, geo-political and economic reasons. By seeking the value in home-grown but previously under-utilised organic matter, not only is headway being made to improve resource efficiency and prevent land use change around the world, it will help insulate the country’s livestock producers from increasing feed prices.