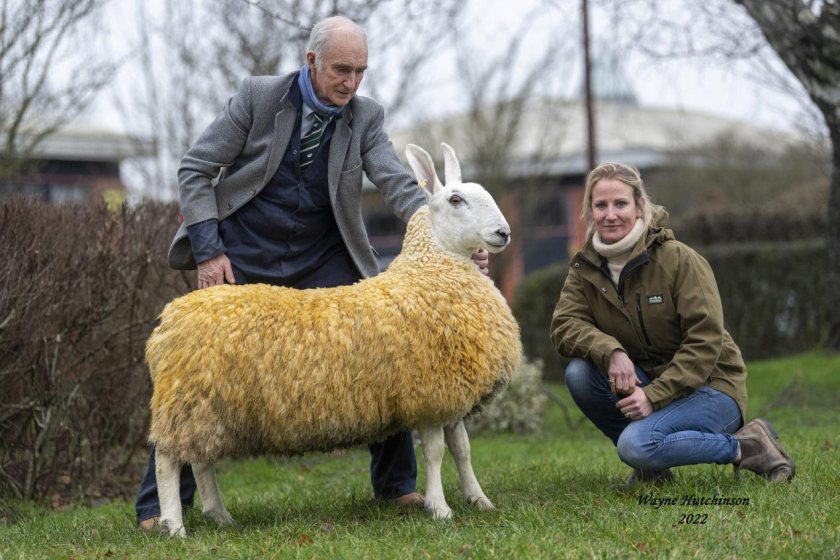 The hammer fell at 3,000gns for a ewe hogg from John Barrowman’s Knockglass flock

The Border Leicester breed is continuing to prove their worth, with a new female breed record set on Monday 10 January at the Carlisle Premier Female Sale.

The hammer fell at 3,000gns for a ewe hogg from John Barrowman’s Knockglass flock, purchased by new breeders Ben and Tori Stanley from Derbyshire.

No stranger to the limelight, this animal was part of the first prize pair of ewe lambs at the 2021 anniversary show and picked up a red ticket in the pre-sale show.

“It’s great to see females continue to be keenly sought for their dual-purpose and versatility with a strong number of breeders, old and new purchasing at the sale,” said president of the Society of Border Leicester Sheep Breeders, Sue Martyn.

The pre-sale champion was an in-lamb ewe, scanned with a single to Rosenga Solo Sprit from Neil Howie, Alnwick. She released at 1,800gns to F & K Farms, Kirkby Stephen.

Another leading price came from Sandy and Alex Watson’s Intock flock, Creiff. They achieved 1,800gns for the reserve champion, a young ewe steeped in Royal Highland Show winning genetics - sired by 2021’s Royal Highland Showcase Male Champion, Didcot Dimond and out of a dam bred by Drennan’s Dazzler, a daughter of the 2016 RHS champion.

She added: “The sale also witnessed the dispersal of Messrs Gower’s Oaklands flock, and we would like to thank them for their continued support over the years and wish them well for the future.”