Festuloliums remain 'green and healthy' while grassland suffers in heatwave 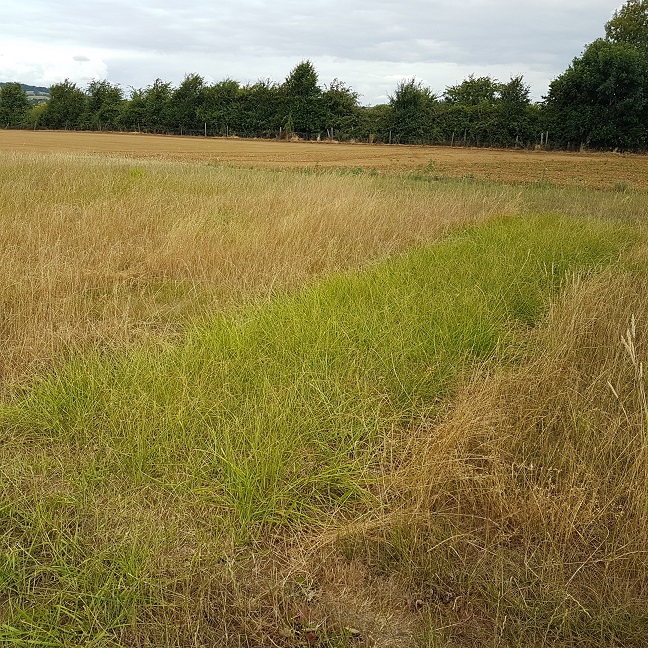 Grassland is suffering badly in the summer drought, leaving many livestock producers without forage – but festuloliums are proving their worth by remaining green and healthy.

The grasses – a cross between drought-tolerant fescues and high-quality ryegrass – were originally bred for the south European climate, but have become increasingly popular in the UK.

Farmers have been urged by grass-seed producer DLF Seeds to consider including festuloliums in their grass mixtures to benefit from their deep rooting abilities, drought and stress tolerance, disease resistance and persistence.

“I was walking around our Didbrook trial site recently and every festulolium plot stood out,” said Tim Kerridge, managing director at DLF.

“You could spot them a mile away. However, one plot that really impressed was from an old overseeding trial which was abandoned after the trial finished.

“It was sown with predominantly perennial ryegrass in 2004, and then overseeded each year with a festulolium,” explained Mr Kerridge.

The trial ended in 2009, and almost every other plot – from clover to ryegrass - has since been invaded by broadleaved and grass weeds.

But the festulolium plot was still green, when everything else around it was dead.

“Perseus, which is new to the AHDB Recommended List this year has very high yields and forage quality but is far more persistent than Italian ryegrass alone. It is also the only variety on the RL with the top score of 9 for Crown Rust, which is a very important disease in UK grassland,” he added.

A new variety, which is working its way through the trials and is already approved in the EU, is Hipast – a fescue type which is high quality, dense and persistent making it suitable for longer term leys.

“In the past, most festuloliums of this type were best suited for cutting – this is the first true multi-purpose variety that is equally suited to long term grazing ” said Mr Kerridge.

“It has big implications for replacing PRG on a host of different soils and sites.”

“We’re introducing different genes to get the best of both worlds, with very vigorous growth, extensive rooting, high quality and yields. Festuloliums are very popular across the country – so aren’t just suited to droughty sites – and there are some very exciting developments in the pipeline,” he added.