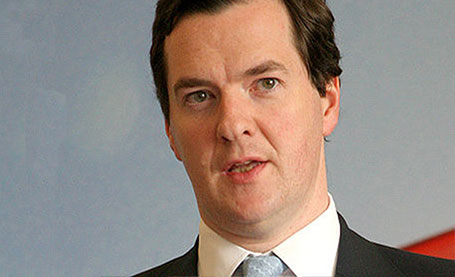 There are 'few reasons to cheer' over measures announced in the recent budget with Chancellor George Osbourne 'unlikely to make any friends in the farming community' according to rural businesses.

"As expected there were few reasons for cheer in the countryside" said Sean McCann, personal finance specialist at rural insurer NFU Mutual.

NFU President Peter Kendall said: "I am disappointed to have heard so little from the Chancellor that will give our farmers and growers the confidence they need to invest in their businesses."

But McCann highlighted several measures including the employee allowance, cancellation of the fuel duty rise and mortgage guarantees for younger families as positive steps.

"The abandonment of the planned 1.89p a litre rise in fuel duty will be a huge relief to country people. However, rural dwellers are already paying higher prices at the pumps this year – and increases in oil prices mean higher tax automatically going to the Government through the VAT charged on fuel."

It is a view that was echoed by Andrew Arnott, partner at the London accountants Saffery Champness: "A cancellation of the planned September fuel duty increase is also good for the rural economy, albeit fuel (alongside feed and fertilizer) will remain one of the three F’s that continue to weigh down farm businesses."

Kendall welcomed measures that could create a more competitive business environment in the UK with the Government committing over £1.6bn during the next ten years to its Industrial Strategy.

"This includes £500m for sectors where the UK has a comparative global advantage, including agricultural technology, with the aim of meeting the challenge of harnessing agricultural science to achieve sustainable improvement of agriculture in the UK and overseas" he said.

Rural business specialist at James Cowper accountants, Stephen Barratt said: "Inheritance tax has come under George Osborne’s spotlight. Farming estates should be concerned with new legislation to be introduced in the 2013 Finance Act to amend IHT provisions that allow deductions from the value of an estate for liabilities owed by the deceased on death when calculating IHT."

"These changes appear to be in response to avoidance schemes but I am concerned that as with many such changes the impact is felt more widely than intended. Farming estates might be particularly vulnerable to the effect of these changes and should seek advice when the details of the proposals are known.

"Many of our members are running small or medium-sized firms in the countryside and this measure - described by Mr Osborne as the Budget’s largest tax cut - could prove a big boost to the rural economy" he said.

"Clearly, it will help smaller companies much more than big corporations."

The CLA said the Chancellor's Help to Buy package 'will help alleviate the housing shortage' and allow stalled projects to move forward.

Arnott said Osborne’s reported closing remarks were strikingly relevant to a rural sector in bad need of some pep: 'If you want to own your own home, help with childcare, start your own business and give someone a job, work hard and get on, we are on your side', said the Chancellor.

He said there was a real incentive for farm businesses to incorporate following today's announced cut in corporation tax to 20%, 'particularly since the majority of farm businesses are sole traders or partnerships.'

"But incorporation is not for everyone - it’s good for profitable enterprises where some profits can be retained in the business, but there are also increased administration costs" he said.

"The new Employment Allowance providing a £2000 cut in the National Insurance payments made by the employer will encourage jobs, and will be good news for small businesses. The increase in the personal allowance to £10,000 will also be universally welcomed.

"There are also important tax issues involved with a decision as to whether the farmhouse should be included in the company, and appropriate advice should be sought.

"The announcement of shared equity loans of 20 per cent for buyers who have a 5 per cent deposit is a positive move. Setting the property sale price limit at £600,000 may well see small pockets of development land on the urban fringes particularly being unlocked as more buyers come into the market allowing farmers and landowners an opportunity to capitalise should they wish to do so."

Sean McCann speculated that the Chancellor's reduction in duty on beer could eventually benefit rural employment.

"It’s said that for every five jobs in brewing there’s one in the countryside - so if beer consumption rises, it could be good news for farmers and their workers who produce the barley and hops needed to brew beer.

"As always the devil is in the detail. Taxes are complicated and tax laws change regularly - so watch out over the next few days as the full implications become clear from the Treasury’s detailed Budget statement."

NFU's Kendall summed up his thoughts on the measures: "The UK agri-food has some tremendous opportunities ahead.

"Globally, demand for food is growing, stimulating further potential for exports beyond the EU. At home, there remains an opportunity to expand our share of domestic markets as we witness unprecedented levels of awareness of food provenance and origin in the wake of the horsemeat scandal.

"Last year’s Autumn Statement contained the welcome announcement on the Annual Investment Allowance, and this is already encouraging plant and machinery expenditure in agriculture. Today’s budget failed to deliver equivalent measures for farm buildings and infrastructure. It is capital investment which is the real trigger for meeting the long term challenge of food security."