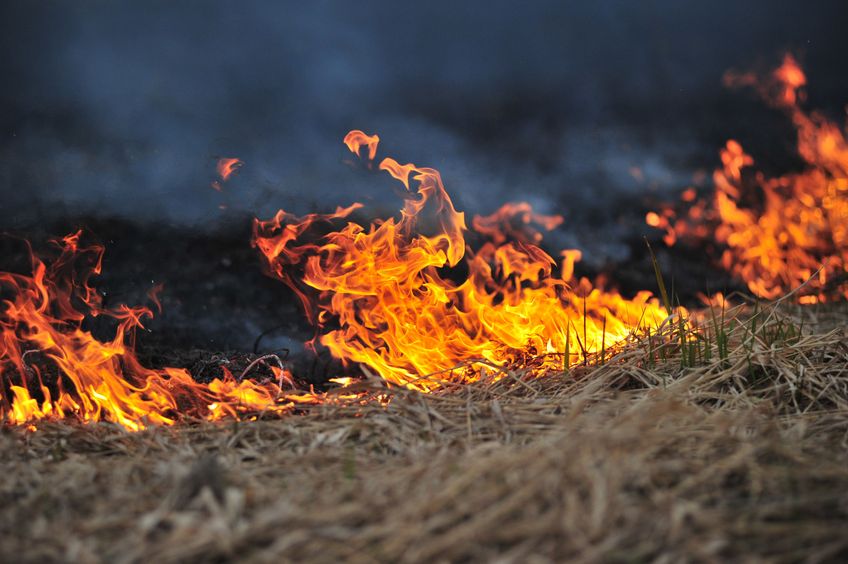 Firefighters and farmers are working together to help tackle grass fires by burning away excess grass on land.

South Wales Fire and Rescue Service has teamed up with the local farming community to look at the problem.

Firefighters will be holding their first partnership burn with a farmer in Rhymney Valley on Thursday (22 March), a move that is hoped will encourage more farmers and landowners to develop safe and effective “burn plans”.

In 2017, there were 80 accidental and 1073 deliberate grass fires across south Wales and the new initiative, drawing on methods from around the world, will be championed by four specialist Controlled Burn Teams based at Merthyr, Tonypandy, Aberdare and Aberbargoed Stations.

South Wales Fire and Rescue Service have already tried to engage with the public around the issue of grass fires, but this is the first time it will work directly with farmers to look at the problem.

Del Llewellyn, Landowner Engagement Officer for South Wales Fire and Rescue Service, said: “The extent of a wildfire is due to a number of factors; one being the amount of fuel available to burn.

“By removing this fuel, and working with farmers and landowners, this process can be done in a safe and controlled manner.

“Alongside our awareness and prevention work in communities, working with farmers and landowners in this way really has the potential to reduce the number of grass fires, which cause so much damage and destruction across our communities each year.”

South Wales Fire and Rescue Service is part of Dawns Glaw, a multi-agency task force set up to reduce the number of deliberate grass fires in Wales.

The operation educates farmers and landowners about the dangers and impact of illegal burning outside of the prescribed period, and raises awareness about the consequences of deliberate grass fires that can result in prosecution.