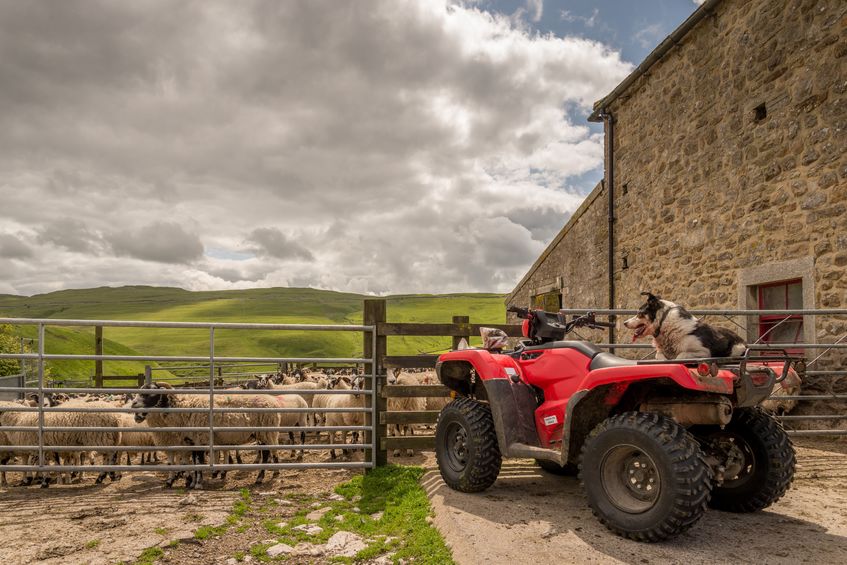 Nottinghamshire Police has become the first UK force to appoint a dedicated officer to tackle dog theft following a dramatic rise in incidents.

The new role will be focused on canine crime, Nottinghamshire Police explained, which includes tackling the growing issue of working farm dog thefts.

Dog theft is an ongoing problem that has seen a dramatic rise in the number of reported incidents across the country.

With the demand for dogs skyrocketing following the UK-wide lockdown, the crime has also become an increasingly prevalent and worrying issue for farmers.

Nottinghamshire Police Chief Constable Craig Guildford said the move to introduce the specialist officer should send a clear message that this type of crime would not be tolerated.

“I want to send a clear message to those who seek to carry out this cold-hearted crime that it will not be tolerated, it is taken very seriously and we will come after you,” he said.

Nottinghamshire’s Deputy Police and Crime Commissioner (DPPC) Emma Foody outlined a plan to tackle dog theft in the county and beyond.

This includes Chief Inspector Amy Styles-Jones being appointed as dog theft lead for the force, and a renewed focus on safety advice for owners, including farmers.

A ‘Canine Coalition’ will be created to tackle the issue, with dog welfare organisations working together to tackle the scourge of theft and demand action on tougher sentences.

Safety and preventative tips have also been shared, with the Countryside Alliance re-issuing its working dog theft awareness guide to farmers and landowners.

The rural organisation welcomed the move by Nottinghamshire Police and urged other forces to follow suit.

"We have all been horrified by the growing number of devastating stories in relation to thieves targeting dogs and, in some cases, the level of sophistication used is chilling," said Sarah Lee, of the Countryside Alliance.

"Other police forces should monitor the developments in Nottinghamshire and think about whether they should be following suit.”

Only recently, Torpoint Police in Cornwall shared a warning on social media urging dog owners to be cautious of dog thieves posing as RSPCA officers.

It comes after reports of a chilling new tactic being used in Kent, with some thieves reportedly driving around in a white van with fake RSPCA stickers and branding.