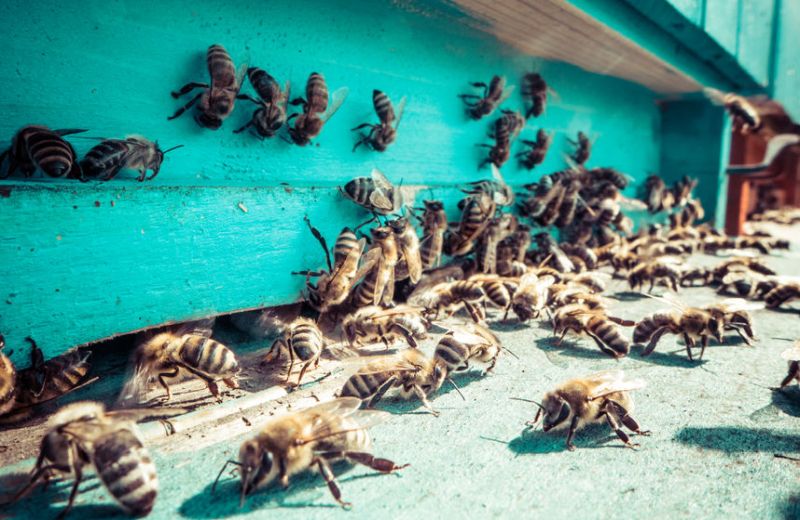 The trial will see a group of farmers across the country plant over half a hectare of wildflowers each, equivalent to 184 average British back gardens

Dairy farmers who supply Arla have launched a trial initiative to see whether environmentally-friendly farming practices can expand to get British bees buzzing again.

The co-operative's Project Pollinator will see a trial of five farmers across the country set aside areas of land to help vital bee pollinators.

Farmers will cultivate, seed and farm the land to create the best possible habitat for a variety of insects, which are crucial in pollinating crops.

The focus of the trial will be to explore whether selecting and cultivating flowers specially for bees and farming the wildlife can help change the declining numbers of bees.

The seed mix has been specially selected to attract and sustain multiple bee species and other wildlife, with two dozen wildflower and grass species sown and cultivated across half a hectare of land on each farm.

With over 2,400 UK dairy farmers in the dairy cooperative and 10,300 across Europe, if the trial proves successful, the scope for scale up could prove significant for bees.

It follows the recent UN report which revealed 1 million animal species are at risk of extinction globally.

Of these species, a further report found pollinators, in particular some bees, have been in steady decline, with an average of 11 species lost in every square kilometre in the UK between 1980 and 2013.

While Britain may not yet directly face the visible climate catastrophes seen in many countries across the world, it isn’t immune from the effects of climate change and decreased biodiversity.

For example, 97% of flower meadows have disappeared since 1945, which has a significant impact on the insect population that underpins the food chain.