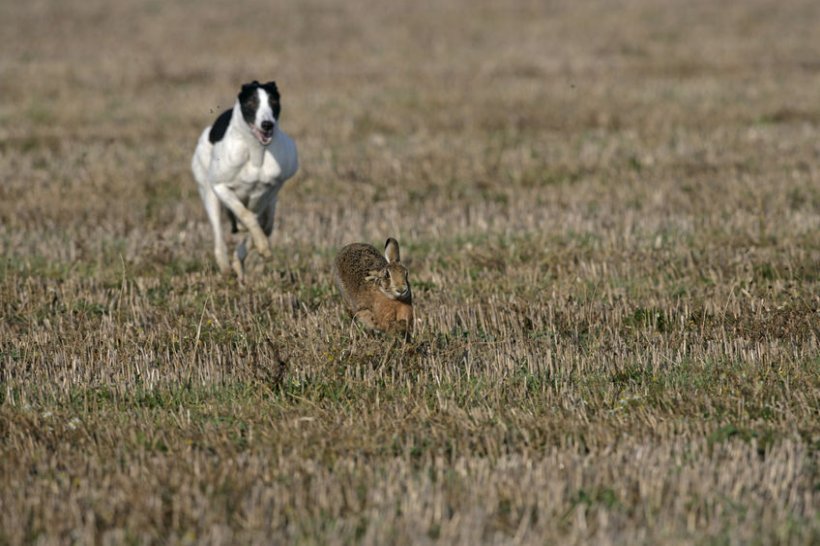 Hare coursers often have no regard for farmers, causing thousands of pounds of damage to crops

Five men will appear in court in February 2021 after they were charged in connection with hare coursing in Suffolk.

Officers were called at 9am on Saturday 12 November to reports of a group of men with dogs in a field near to Ashfield Road, Elmswell.

Police attended and after a search of the area was conducted, at around 9.50am units stopped a vehicle containing a group of men and dogs, at Badwell Ash.

The vehicle – a silver Mazda estate - was seized under the Wildlife and Countryside Act.

The five occupants were all arrested on suspicion of trespassing on land in pursuit of game.

They have all been bailed to appear at Ipswich Magistrates’ Court on Monday 6 February.

It comes as a coalition of leading rural groups seek to amend the 1831 Game Act to give enhanced powers to the police and criminal justice system in battling the crime.

The coalition say the Game Act is hindering attempts to tackle the 'devastating' impact of illegal hare coursing on the British countryside.

Hare coursers and poachers often have no regard for farmers and landowners, causing thousands of pounds of damage to crops.

Victims are often intimidated or even threatened with violence if they challenge offenders, leaving them feeling vulnerable to further crimes.