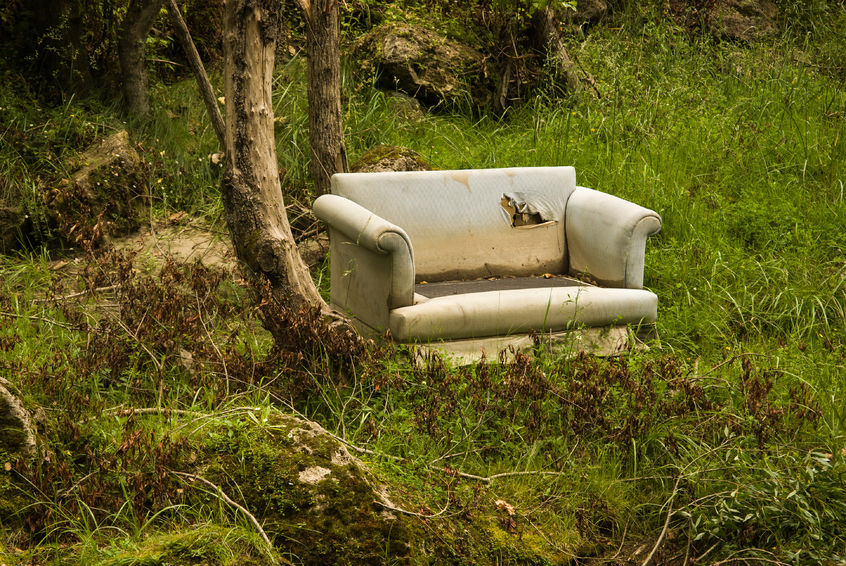 Fly-tipping on public land has increased by 8 percent across England in the past year as farmers fear the crime is becoming more common.

They show that councils in England dealt with more than one million fly-tipping incidents in the last year.

But rural group the Country Land and Business Association (CLA) say the figures do not reflect the true scale of the crime as they do not include reports of fly-tipping on privately owned land.

However, it says they do act as a barometer and show that after a static year in 2018, the crime has returned to a long-term upward trend.

“Our members are all too tired of not only cleaning up other people’s rubbish but paying for the privilege of doing so.

“It costs on average £1,000 to clean up each incident. With many rural businesses suffering multiple incidents, it can quickly affect the bottom line dramatically.”

More than a third (33 percent) of all fly-tipping incidents in 2018/19 were equivalent in size to a small van load.

‘Tipper lorry load’ sized incidents are the most expensive to clean-up, with just three percent of incidents (36,000) costing councils £12.9 million to deal with.

Across all local authorities in England, 76,000 fixed penalty notice fines were issued, which only totalled just over £1 million.

Ms Hendry a joined up approach to the issue is needed: “The introduction of fees at many rubbish tips and recycling centres has meant we’re now seeing the rise of organised criminal fly-tipping.

“It is repeated and growing in scale and it is vital that rural police forces recognise the changing nature of this crime and respond accordingly.

“Finally, we need to see some changes to the law and ensure that landowners are no longer legally liable when waste is fly-tipped on their land.

“This needs to be coupled with financial and logistical support to help victims clean up waste which has nothing to do with them,” she said.

The CLA is currently campaigning for tougher sentences for perpetrators of fly-tipping.