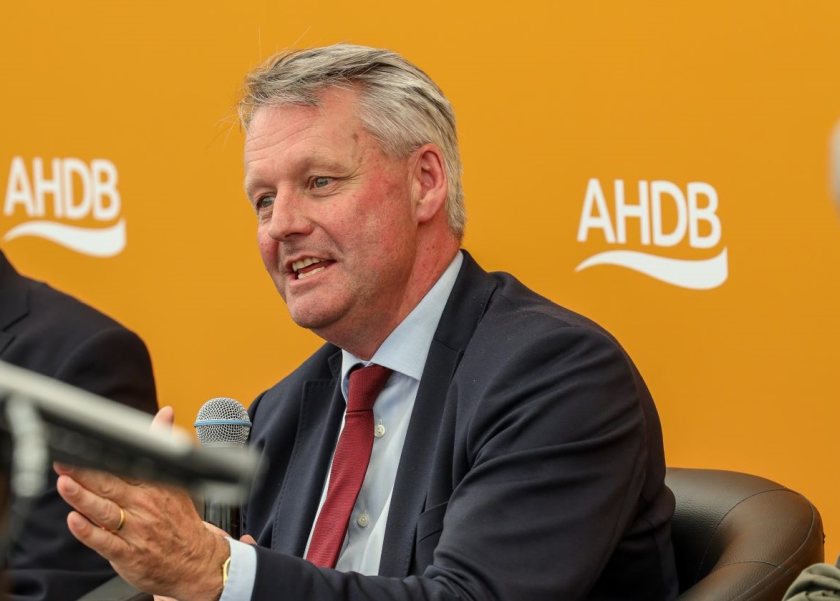 Food security should be as great a focus for the government as environmental schemes – and a proper agricultural policy is key to that, according to speakers at Cereals.

Experts and farmers discussed how to shape government policy as loss of BPS gets ever closer, during a session on policy at the Cereals Event in Cambridgeshire.

In the session, Savills’ Emily Norton said it was up to individual farm businesses to make sense of future agriculture policy.

“There is no magic potion. It is about how they manage risk and make their business sustainable," she said.

"The government’s vision about how to run food policy and environmental protection side by side is lacking – leaving a void which farmers are trying to fill for themselves.

"They can go hand in hand but government has a role to play in setting the vision for where the trade-offs lie.”

"The Ukraine war has led to better conversations between NFU and government, not just Defra," he said.

Speaking at the event, farmer Richard Ward said he preferred to ‘farm his way’ through the transition, making substantial savings through direct drilling.

“The direct drilling technique uses one-eighth the amount of fuel to establish my crops compared with conventional methods. Time and labour use equates to about one-fifth.”

And Andrew White, head of agriculture at Barclays, said that while he expected good profits in the industry this year, it was difficult to predict where wheat prices and fertiliser costs would go next year.

"Looking at borrowing, he suggested it could be a good time to fix interest rates for 10 years ahead," Mr White explained.

Arable growers could manage the higher level of risk they are facing next season with a simplified business risk register, according to Jonathan Armitage, head of farming at Strutt & Parker.

The firm's modelling points to the potential for arable margins in 2023 to be up to three times what they were in 2021, but this will be in tandem with a doubling of the working capital requirements.

“A business risk register is a tool commonly used in the wider business community but not so often on farms," Mr Armitage said.

"It can be a simple list or spreadsheet where you capture the severity of the risks facing your business, calculate the potential impact of a risk event happening and then think through how to go about mitigating those risks.”

As fuel and fertiliser prices remain at high levels, cost control is a key concern among visitors. Tom Bradshaw, NFU deputy president, said farmers felt as though they had no control over fertiliser markets.

“Over the past year, the fertiliser market has entered a new era. Costs and supply face unprecedented risks," Mr Bradshaw warned.

"We need a visible, transparent market to allow producers, distributors and farmers alike to manage these threats in a commercially viable way."

He added: “As the government finalises its national food strategy, it’s absolutely critical that ministers recognise the importance of fertilisers and other inputs to a farm business and make those markets fit-for-purpose.”