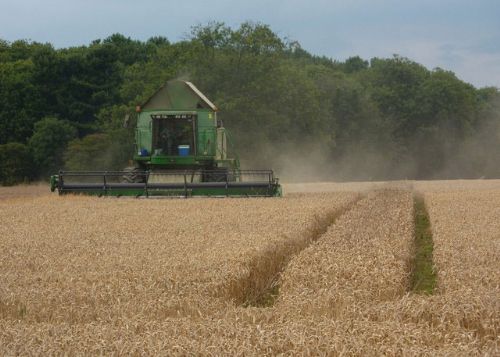 The importance of a secure global food supply extends beyond the threat of hunger and malnutrition into wider security concerns, the UK Crop Protection Association has warned.

Economic hardship, political instability and human conflict could also be a reaction to a poor supply in the future.

Addressing high-level policy-makers at two key events in Brussels and Westminster over the past week, CPA chief executive Dominic Dyer stressed the urgent need to embrace developments in agricultural science and technology to avert the dangers of shocks and disruptions to the food supply system.

Speaking at a British Chamber of Commerce Roundtable Debate in Brussels, bringing together former US Chief Scientific Advisor Dr Nina Federoff with Ambassadors and business leaders from the EU and around the world, Mr Dyer said "the EU is one of the world’s major food producers with significant capacity to influence global food prices and availability, but Europe’s leaders are at risk of sleepwalking into a food crisis unless current policies to restrict production-boosting agricultural technologies are reversed."

The national and international security risks of failing to tackle the global food supply crisis were also highlighted in a new report issued this week by the Henry Jackson Society, a leading independent think-tank, entitled ’Shocks and Disruptions: the relationship between food security and national security’.

Speaking at the Parliamentary launch of the report, which was commissioned by the Crop Protection Association, Mr Dyer said "this ground-breaking report highlights the very serious risks of failing to tackle the global challenge of food security - from human terror and civil unrest to trade disruption and mass migration.

"Food supplies must increase by at least 70% to keep pace with the demands of a world population set to exceed 9 billion by 2050, and the report highlights the urgent need to increase agricultural productivity, reduce food waste and improve distribution networks.

"The report also recognises that increasing food production sustainably in a world of rising urbanisation and already strained natural resources will require access to the most advanced farming technologies and practices.

"Without concerted international action to boost food supplies we will not only fail to stave off global hunger, but will also increase the risk of food-related terror, war, human suffering and the destruction of biodiversity and wildlife," concluded Mr Dyer.