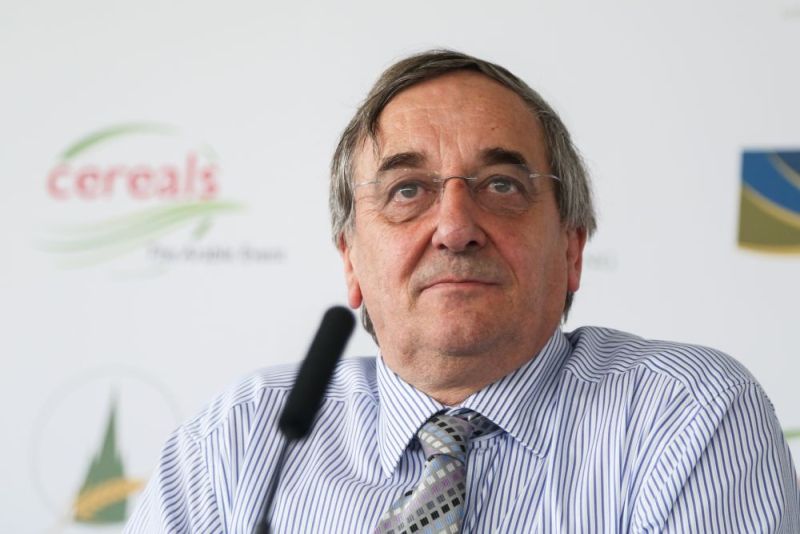 He has been involved in the NFU since 1979, and was previously awarded an MBE for services to agriculture in 2005.

The New Year honours lists recognise the achievements and service of people across the UK.

A number of people from the farming industry have been recognised in this year’s New Year Honours.

NFU President Minette Batters congratulated Mr Raymond on receiving the honour for his services to farming.

Mrs Batters said: “Meurig has been a fantastic advocate of British farming for decades and continues to be a stalwart of the industry, championing British farming in all he does.

“During his time as President of the NFU he was a tireless worker for his members and I am incredibly pleased to see his achievements recognised by receiving this honour.”

Mrs Batters added: “Whether it was in Westminster, Brussels or even further afield, Meurig always had what was best for British farmers and growers at the forefront of his mind and made it his mission to represent their interests to politicians, civil servants, the supply chain and the wider industry.

“He was acutely aware how important British farming was to the country in its role producing safe, traceable and affordable food to the public and he was driven by a desire to ensure British farmers were fairly rewarded for their work,” she said.

Other people in the farming industry recognised in the New Year Honours includes David Edwards, who was awarded an MBE for services to farming and the community in Monmouth.

Lidwina Anne-Marie Hamilton was also awarded an MBE for services to the farming community and to charity.

Charles John Henning, from County Armagh, was awarded an OBE for services to agriculture.

Sally Ann Bendall was awarded a BEM for services to agriculture.