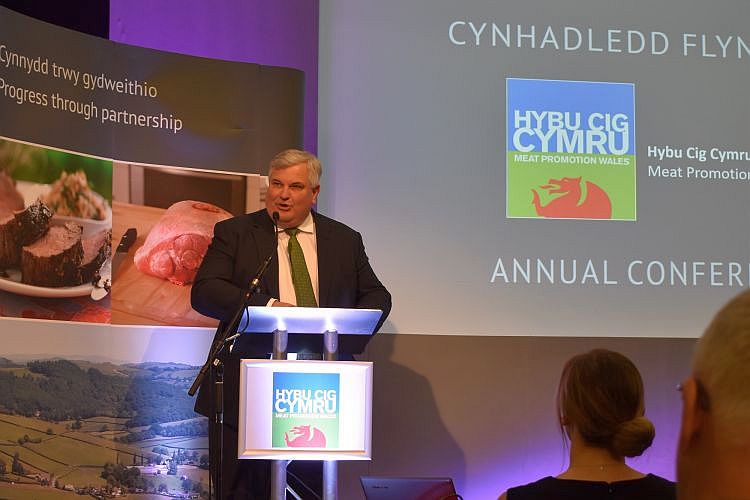 The former Waitrose chief has urged a post-Brexit investment boost for Welsh lamb to differentiate it from 'keen competitors'.

Despite the meat commanding a 'fantastic' label all over the world, it is 'vital' that it continues to receive investment to keep it competing in the global marketplace.

This is according to Lord Mark Price, former Waitrose chief, who made the comments to farming industry leaders at Hybu Cig Cymru-Meat Promotion Wales’ (HCC) annual conference.

“Everything that we have become used to is about to change,” he said.

“I would suggest there is no time to waste in developing a new, globally minded approach and prepare to become match fit to win in a new global game.

“Your competitor is no longer the farm next door or even the neighbouring county - it will be Mexico, Argentina, New Zealand or Australia.

“In the future, the UK doesn’t have to just compete against the other 27 EU countries but instead will have truly global competition- and opportunity.”

Lord Price, a former minister of state for trade and investment, and then trade policy, said differentiation was vital for Welsh lamb.

“Why is your product better than one from Ireland or New Zealand? Welsh Lamb has a fantastic name all over the world- but you still have to invest in that.”

He felt in the future the UK food industry offered an opportunity for market growth for Welsh lamb and Welsh beef.

“It’s around 35 per cent of the market here but in the US it’s 50 per cent and there’s only one way of travel so it’s a going to be a great opportunity.”

Lord Price, who was managing director of Waitrose from 2007-16, said there were three potential EU trade deal options for the UK: No deal, a form of customs union and a free trade agreement

“I believe the third is the most likely long-term outcome. The UK strikes a comprehensive free trade agreement with the EU and, in doing so, is free to strike other advantageous trade deals.

“Such a deal would be based on zero tariffs and regulatory alignment in areas where it made sense to do so- say pharmaceuticals or automotive, where frictionless trade is key - and in food and drink, given the importance of our relationship with Ireland.

“If there is tariff and regulatory alignment with technology to track goods, this could provide the components for having, as near as possible, frictionless trade - all of which suggests the UK can strike mutually beneficial trade deals internationally, reducing the cost of goods to British consumers,” he said.

Regarding public concerns over the possibility of new trade deals enabling food imports such as chlorinated chicken, Lord Price said he felt the Department of Trade would ensure it operated in line with established food policies as positioned by Defra.

He said environmental concerns were moving up the political and consumer agenda.

“I’ll leave for now the issue of how subsidies might swing to reward sustainable behaviour- but I would just like to remind you that it was more than a decade ago that Walker’s started to label carbon content on crisp packets.

“The scheme did not take off but I suspect supermarkets responding to consumers will move again towards measuring carbon impacts of their products and the government will see this as an “oven-ready” popular tax.

“Red meat, I suspect, will face a challenge- which, from what I have heard from HCC and others today, you will be well prepared for,” said Lord Price.