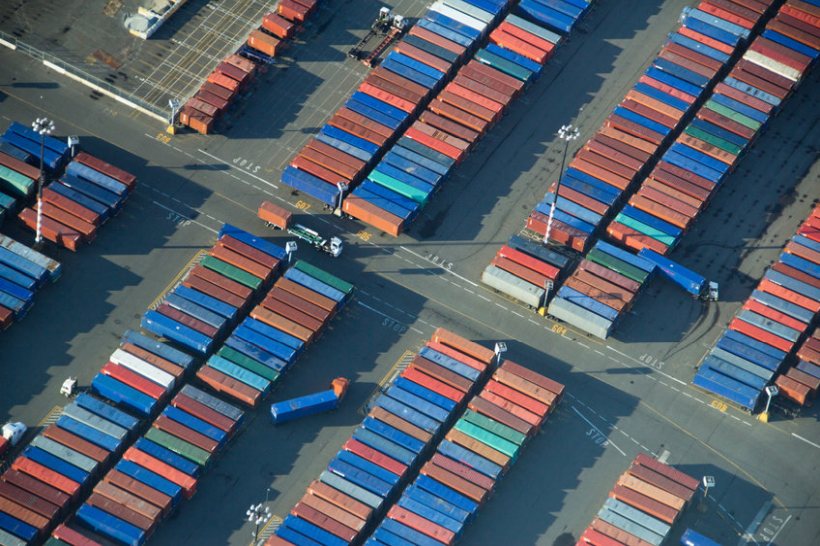 Checks on EU imports have now been delayed four times. The government had initially planned to enforce them in January 2021

The government's decision to delay imposing border checks on EU imports for a fourth time is 'hugely unfair' to UK producers, the Ulster Farmers' Union says.

The Northern Irish union has slammed the move to suspend the introduction of new post-Brexit border checks on imports from the EU to the UK as a 'step backward'.

Checks on EU imports have now been delayed four times. The government had initially planned to enforce them in January 2021 at the end of the Brexit transition period.

The subsequent failure to fully implement Border Control checks has meant EU food and agricultural imports are not subject to the rigorous checks placed on UK exports.

UFU president Victor Chestnutt said the UK government's constant delay of the checks was "totally unacceptable and hugely unfair to our local producers".

"They’re expected to uphold world leading standards, all the while our EU competitors can take full advantage of an extended grace period allowing them to access our extremely valuable home market relatively burden-free.

"It has created an uneven playing field and puts our biosecurity, food safety and animal health at risk," he warned.

The move comes as farmers across the country continue to struggle with managing skyrocketing production costs and huge inflationary pressures.

Because of this, Mr Chesnutt said the government had "once again let farmers down" when they needed support the most.

"Government should be working with local producers in order to sustain and protect our local food security, not making poor decisions that are going to aggravate an already extremely difficult situation."

He added: “We understand that the government’s rationale for delaying the checks is due to the current cost of living crisis and the extra expense it could create for consumers.

"However, we have also continued to flag up farmers situation regarding eyewatering cost increases on-farm which we alone simply cannot absorb, and this must also be taken into account.

"To have this anti-competitive further controls delay now added on top of this, is extremely disappointing.”

The government said that controls will be delayed until a digital solution is created, with a target introduction date by the end of 2023.