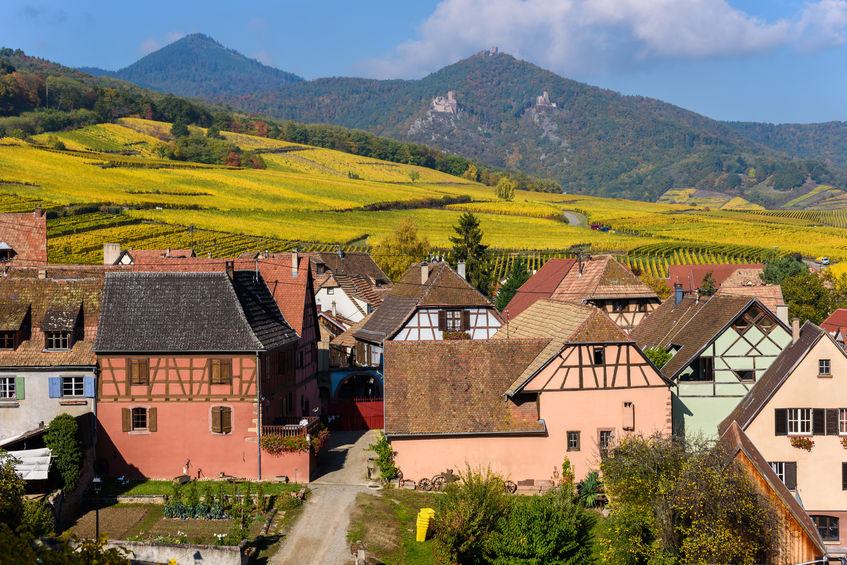 Hunawihr, a small village surrounded by vineyards in north east France
Sign in to add your own press release SIGN IN Register

France has announced that at least half of all food bought by the public sector must be organic or locally produced.

Reported in Politico, the French government will force an uptake of local and organic food by 2022.

The French Agricultural Minister Stéphane Travert announced the new rules as part of measures to boost the French farming sector, and to improve diets.

Farming charity the Soil Association has said Defra Secretary Michael Gove must "sit up" and "take note" on this new French policy.

Policy and Campaigns Manager at the Soil Association’s Food for Life, Rob Percival said the initiative highlights the "power of public procurement" to support better farming practices and improve diets.

“Michael Gove already has the tools he needs at his fingertips. He must move now to implement mandate Defra’s Balanced Scorecard approach across the whole public sector including education and health, while requiring public procurement decisions to place a weighting of at least 60% on quality relative to cost.”

Mr Percival said Mr Gove should also investigate the potential of ‘dynamic’ procurement approaches to support SME producers to gain access to markets, in line with the commitments made in the Industrial Strategy.

He said as France is showing, public procurement can be a "powerful tool" for supporting local and organic farmers, and can make an "important contribution" towards improved public health.

“Gove must seize the opportunity presented by Brexit to implement a procurement policy at least as ambitious as his French counterpart,” Mr Percival added.