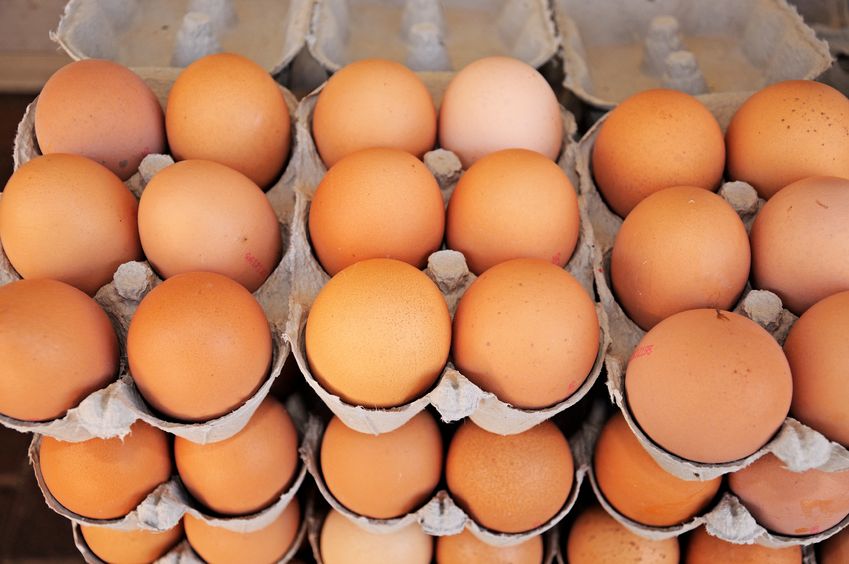 The free range egg sector has highlighted concerns of oversupply and decreased prices as recent figures show supplies have surged more than 10 percent over last 12 months.

The number of free range eggs passing through United Kingdom packing stations in the first quarter of this year amounted to 3.9 million cases - up by 10.93 per cent compared with the 3.5 million cases packed in the first three months of last year.

Free range numbers were up by nearly six per cent just against the last quarter of 2017, when 3.7 million cases were recorded at the country's packing centres.

The new figures are likely to increase fears of the free range egg market slipping into oversupply and pushing down prices.

Robert Gooch, chief executive of the British Free Range Egg Producers Association (BFREPA) has already said he is worried about the increased numbers of birds being placed on British farms.

The increase has to some extent been hidden by last year's fipronil crisis on the continent.

Millions of eggs were withdrawn and large numbers of layers culled when birds were found to have been treated for red mite with the banned chemical.

The loss of so many layers headed off any immediate threat of oversupply, but Robert Gooch warned that once flocks in the Netherlands and other European countries were restored to normal the impact may well be too much egg across Europe.

"We are looking at an oversupply situation as soon as the impact of fipronil in Europe is over," Mr Gooch said earlier this year.

"We may have been in a different position if it had not been for fipronil. We are very concerned and we have been for some time."

Now, it would appear that Dutch egg units have returned to full production. Ben Dellaert, director of Avined in the Netherlands and former president of the International Egg Commission (IEC) told FarmingUK that Dutch egg production was back to normal. "Now we will see prices going down," he said.

In all, a total of 7.6 million cases of eggs were packed in UK packing stations during the first quarter of this year.

This is an increase of 3.8 increase on the first quarter of 2017 and a 1.8 per cent increase on quarter four 2017 - and free range was the big driver in this increase.

The number of enriched cage eggs recorded during January to March was 3.4 million cases - down by just over 3.5 per cent on the 3.6 cases packed in the same period last year.

Barn numbers fell yet again, despite the declaration by leading retailers that they will go cage-free by 2025.

Organic egg production has continued its revival. The number of organic eggs passing through the packing stations during the first three months of the year was up by 16 per cent, although the increase is from a low level.

There were some regional differences in egg numbers, according to the Defra statistics. In England and Wales overall egg numbers increased by 3.3 per cent from 5.3 million cases last year to 5.5 million cases this year.

Northern Ireland recorded the biggest increase. The number of eggs packed was up by just over 10 per cent from one million to 1.1 million cases.

The number of eggs bought by UK processors during the first quarter was down on last year. During the first three months of 2017 processors bought 1.1 million cases. This year the figure was 959,000 cases - a fall of more than 13 per cent.

The Defra report included figures for imports and exports for February this year - the latest period available.

The statistics, which were provided by HMRC, showed that imports of shell eggs were 107,000 cases - an 11 per cent decrease on the same period last year. Imports of egg products were up seven per cent at 327,000 cases.

However, the report says that the data is currently being investigated by HMRC and may be subject to change.