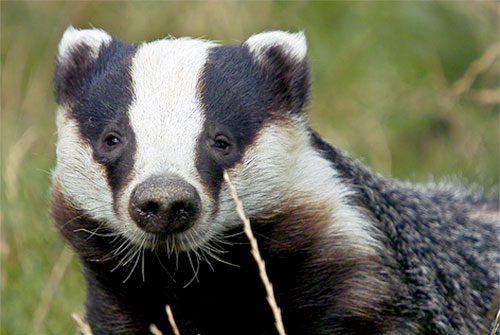 Freedom Food has repeated its warning that any of its farmers who take part in the Government’s badger culling programme could be suspended.

The assurance scheme, which is run by the RSPCA, created outrage when it first made the threat last year. The original warning was issued after the Department for Environment, Food and Rural Affairs (Defra) gave the go-ahead for controlled badger culling in two pilot areas - West Gloucestershire and West Somerset – as part of a package of measures to try to eradicate bovine TB. Environment Secretary Owen Paterson subsequently announced that the cull would be put back 12 months for preparations to be completed, but the licences to begin culling have now come into force and Freedom Food has repeated its warning.

In response to a request from the Ranger to outline its current position, Freedom Food issued a statement saying, “The RSPCA does not consider culling to be in any way justified on the grounds of protecting farm animals from harm and that badgers will suffer as a result of the cull. Consequently any Freedom Food farm participating in the cull would be in breach of RSPCA welfare standards and their agreement with Freedom Food.”

When Freedom Food issued its initial warning last year, Roger Gent, chairman of the British Free Range Egg Producers’ Association (BFREPA), criticised the threat to farmers and said the move indicated that the RSPCA did not care about the welfare of farm animals. Figures show that more than 38,000 cattle were compulsorily slaughtered in Great Britain in 2012 in the fight against bovine TB. Roger has again voiced his criticism.

“Freedom Food should not be infiltrated by the political wing of the RSPCA,” he said. “We have a duty to protect the animals in our care, to maintain their health. Freedom Food has a code to provide for the best interests of farm animals and you cannot go changing that on a whim over the issue of badgers,” he said.

Roger said it was essential that the Government pressed ahead and dealt with the badger issue. “There are other implications. The European Commission is losing patience with the UK. It wants the UK to start acting. If the Government does not do something you could even reach the point where the Commission imposes restrictions on exports because of the fear of infection.” He said that farmers were not out to exterminate badgers, but action had to be taken for the welfare of farm animals.

The badger cull is going ahead despite a last-minute attempt by Labour MPs to derail it. The Labour Party initiated a House of Commons debate calling for the cull to be stopped, but its motion was defeated by 299 votes to 250.

The result of the vote was welcomed by Meurig Raymond, deputy president of the National Farmers’ Union (NFU), who said, “Today’s vote is a ringing endorsement of the comprehensive strategy to bear down on TB and rid our countryside of this disease. Farmers are doing all they can to help prevent TB in cattle through rigorous testing of cattle, movement controls and biosecurity measures.

“But, as many MPs said in today’s debate, until we have a comprehensive strategy that bears down on the disease in wildlife, this disease will continue to run out of control. The two pilot culls taking place this year are an essential step in delivering this comprehensive plan and must be allowed to proceed without interference.”

The RSPCA has issued its own statement, saying it has long campaigned against plans for a widespread badger cull for both scientific and welfare reasons. “We sympathise with farmers dealing with the problems of this disease and care just as much about cattle as we do about badgers, but agree with the experts that a cull would be of little help in eradicating bovine TB in cattle, and could even make it worse in some areas. Meanwhile, at least 70 per cent of badgers, many of them healthy, in large areas of the countryside could be wiped out.

“We stand ready to work with the farming community to deliver more effective alternatives, including the vaccination of both badgers and cattle and improved biosecurity,” it said.

Some people have suggested that all badgers will be culled in the control areas, a suggestion that has been denied by the NFU. Tom Hind, director of corporate affairs for the NFU, issued a statement saying, “There is no way that the entire badger population in the two pilot cull zones will be destroyed.

“Safeguards have been put in place to ensure this does not happen. The culls will not take place over 100 per cent of the cull zones and will be carried out under licence by trained professionals to ensure they are safe, effective and humane. These safeguards are based on the most up-to-date science and badger population estimates generated using the best available techniques.”

He said, “No farmer wants to see the wholesale destruction of the badger population. Culls will only ever be carried out in areas where TB is endemic and will never be carried out nationwide. What the thousands of farmers who are living with the daily threat of bovine TB hanging over their businesses and families want to see is action taken now to help curb the spread of this terrible disease. This can only be achieved through a comprehensive suite of measures designed to tackle TB on all fronts, including in wildlife.”

The NFU has taken some comfort from a YouGov poll, which indicated that, whilst 34 per cent of those questioned opposed a badger cull, the remaining 66 per cent either supported the measure (29 per cent), did not know about the cull (22 per cent) or had no strong feelings about it (15 per cent).

The survey also revealed that more than a quarter of people (27 per cent) who were opposed to a cull would change their mind if it meant TB did not spread to other areas of the country. Only two per cent of the 1,763 people questioned considered a badger cull to be one of the most important issues facing the country at the moment.

“The findings of this survey by YouGov show that the majority of people, 66 per cent, either support the cull, have no strong feeling or simply don’t know,” said NFU vice president Adam Quinney. “The results also show that a badger cull is not a big issue for the vast majority of the British public. But to the thousands of farming families living with the constant threat of TB, and its devastating effects on their businesses and families, tackling this disease is the most important issue in their lives.”

He said, “More than 38,000 cattle were compulsorily slaughtered in Great Britain in 2012 in the fight against TB and we must take action now. A cull is not about wiping out badgers. It is about reducing TB in areas where it is endemic. This will ensure this terrible disease doesn’t spread to areas of the country that are currently clear of it.

“Farmers are already playing their part in tackling TB. Robust new on-farm rules were introduced in January 2013 as part of the Government’s TB eradication plan, which aims to tackle all aspects of TB infection in the countryside. These rules followed the introduction of additional cattle controls, more pre-movement testing and increased on-farm biosecurity measures last July. But if we are to successfully tackle TB action has to be taken to deal with the reservoir of disease in our wildlife. Evidence from countries such as Ireland and New Zealand shows that when all fronts of the disease are tackled at the same time a significant reduction in TB can be achieved.”

A demonstration led by Brian May, guitarist with the rock band Queen, was staged to coincide with the start of the cull licences in West Somerset and West Gloucestershire. Groups of farmers in the two pilot zones have been given licences to carry out culls using trained marksmen to shoot the badgers. The cull can take place over any continuous six-week period until December 1.

In its statement to the Ranger, Freedom Food said that, as the RSPCA’s farmed animal welfare assurance scheme, it set the standards for farmed animals and for treatment of wildlife that interacts with those animals on land farmed by Freedom Food members.

It said, “Freedom Food farms agree to abide by these standard requirements as part of their membership of the scheme. This requires members to have a written wild animal control plan in place to protect farm animals from other animals that could cause them harm. The wild animal control plan must include physical exclusion methods and must specifically prohibit the inhumane killing of wild animals.”

Freedom Food said that under the standards it was only permitted to cull wild animals that posed a threat to the welfare of farm animals when other non-lethal methods had already been applied. The culling method used must also be humane, it said.

“These provisions are entirely in line with the RSPCA’s position of opposition to the proposed badger cull. We believe the best scientific evidence indicates that a cull would be of little help in reducing bovine TB in cattle, and could actually make the situation worse in some areas through badger perturbation.

“Unlike in Wales, the humane alternative of vaccinating badgers has not been applied in this cull. Consequently the RSPCA does not consider culling to be in any way justified on the grounds of protecting farm animals from harm and that badgers will suffer as a result of the cull. Consequently any Freedom Food farm participating in the cull would be in breach of RSPCA welfare standards and their agreement with Freedom Food.”

Freedom Food said that the Government had not published the specific boundaries of the cull nor a list of landowners and areas that were subscribing to it, so it had written to all members in the broad areas of Gloucestershire and Somerset mentioned in statements made by the Government and its agencies to remind them of the provisions of their agreement and the consequences should they breach it.

Farming Minister David Heath, a Somerset MP, insists that the cull is necessary. In a statement issued through his local newspaper, he said, "As a local MP and someone who has lived in Somerset all my life I know that bovine TB is one of the biggest issues affecting our local farming community. Meeting dairy and cattle farmers over the years, I’ve seen both the financial and emotional devastation a TB outbreak can cause.”

He said that if the disease was not controlled, the cost to the country over the next 10 years could be as much as one billion pounds. No other country in the world had successfully combated TB without addressing it in both cattle and wildlife. He said culling took place in France, Spain and many other countries around the world. In Ireland, where badgers had been culled for years, cattle TB had been reduced.