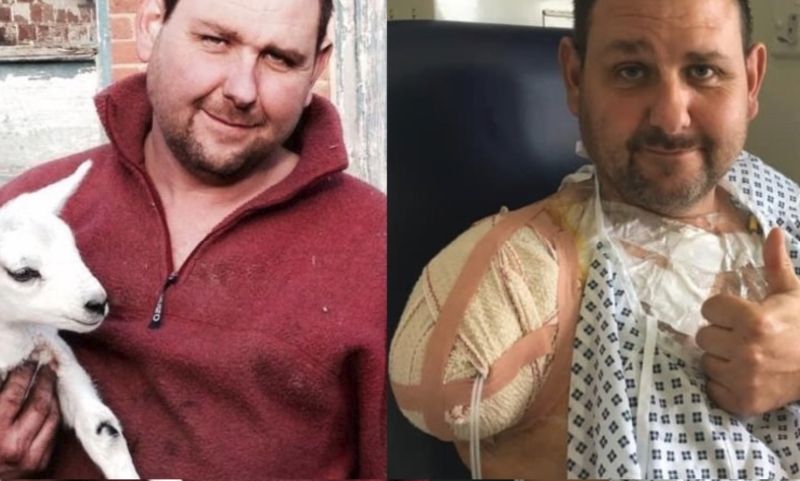 The arm could not be saved despite hours of surgery (Photo: JustGiving/Allie and David Miles)

An online fundraiser has started to help a farmer who tragically suffered a 'harrowing' farming accident just days ago.

The page is raising £10,000 to help Andy Webster recover from the machinery accident, which happened earlier this week.

Tragically, he caught his arm in a piece of machinery during a 'gut wrenching ordeal' which 'tore his arm away'.

The injuries were so bad that despite several hours of surgery the arm could not be saved.

The farmer, described as 'lovable' and 'inimitable', now faces his life as an amputee.

Allie and David Miles, friends of Mr Webster, have now started an online fundraiser to help with costs.

The couple said via the JustGiving page: “With stalwart character, keen to return to work as soon as possible, even under these unimaginable circumstances, to have found inner strength to just get on with it is truly inspirational.

“Whilst he focuses on recovery and rehabilitation from what has become a full amputation of his right arm, it is hard to imagine how this will continue to impact on him emotionally and physically.

“However, we can all help practically in some way to alleviate pressure and worry of keeping his life together.”