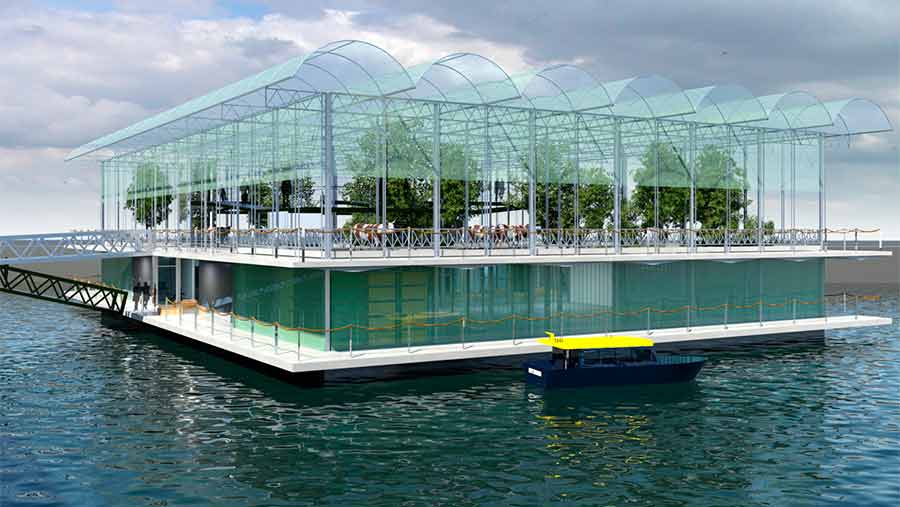 The Floating Farm will produce different kinds of dairy products

A futuristic Dutch collaboration is using the most of modern science to push out an idea of how to feed growing populations despite decreasing amounts of space to grow food.

The Floating Farm will produce various kinds of milk and yogurt from its location docked in the port of Rotterdam.

The project aims to address the problem of how to feed a growing population when competition for land is growing. 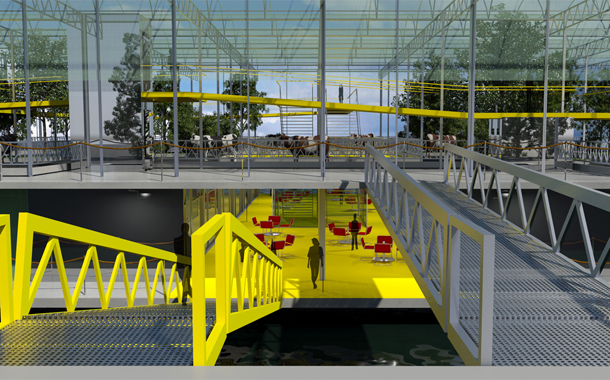 The project is an experiment in urban self-sufficiency

The project is a partnership between three companies. Courage is the innovation institute of the Dutch Agriculture and Dairy sector, Uit Je Eigen Stad runs urban farms in cities across the Netherlands and Beladon is an authority on floating structures.

Each cow will have around 160 square feet of space – more than most land-based dairy farms – while being contained within a space 30–50 times smaller.

Using a bridge between the farm and the dock, cows will also have access to an adjacent pasture when tides permit.

The project is an experiment in urban self-sufficiency, with the companies aiming to establish whether it’s possible for an entire city to become entirely self-reliant in terms of food production and waste, clean water, and power.

Urine produced by the cows will drain through the floor and into an air-tight storage facility.

By keeping it contained here, ammonia emissions will be limited and it will be able to be distributed for use as fertilizer for city farms.