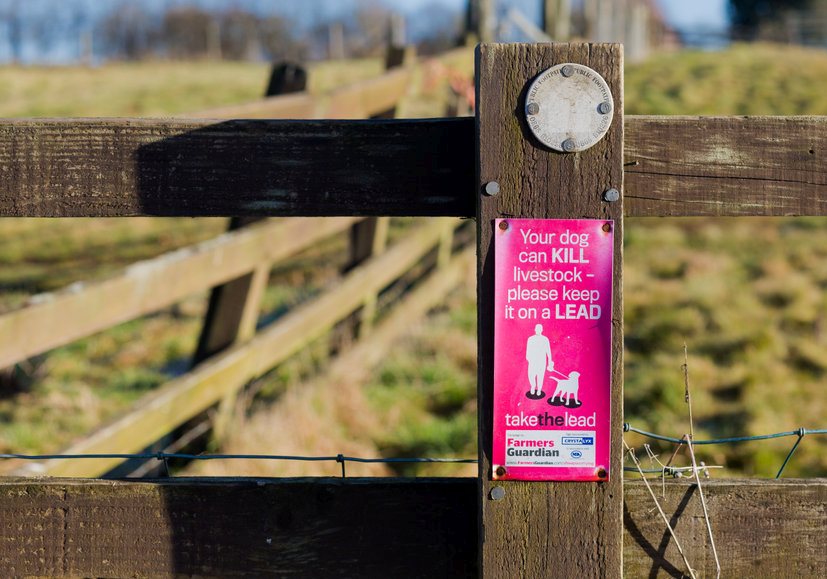 In a public Facebook discussion on Saturday, the Welsh hill farmer said the government needed “to relook” at the ban on e-collars.

He described it as “contradictory” given that producers like himself were allowed to use powerful electric fences.

Comparing the two, Mr Wyn Jones said the fences “work really well… they only get a shock once and they learn… why not the other?”

He explained how he has had to shoot a dog on his farm after it killed lambs and spoke about how dog owners are often forced to put down their dogs after attacks.

“You’ve got to be cruel to be kind, I’m not meaning giving the dog a hiding, I mean real, rigorous training," he said.

"If you’re saving a dog, and the stress to that owner by not putting that dog down and saving the… rest of that dog’s life because it knows it can’t chase livestock, that dog’s going to be happier dog, that owner’s going to be a happier person and that farmer is going to feel a lot better”.

Mr Wyn Jones, who farms in Llanfairfechan, was responding to data from NFU mutual which reveals that Welsh farmers face four times more losses from dog attacks than their Scottish counterparts.

The data matches police statistics showing that Welsh farmers are being forced to shoot far more dogs than their English counterparts.

Last month The Telegraph reported David Jones MP, the former Welsh Secretary of State, saying that the ban on e-collars has "failed" and should be “urgently reassessed [because it was] leading to many more animal deaths".

Plaid Cymru’s Peredur Owen Griffiths MS has also urged a review of the ban on e-collar training. In his letter to Rural Affairs Minister Lesley Griffiths he said: “E-collars act like a vaccine against a dog’s desire to chase sheep.

"Being shot by a farmer is clearly far worse for the dog than being trained with a one-off startle from an e-collar.”

The Welsh government banned the training of dogs with e-collars in 2010, and in 2018, Scotland decided against following suit.

In England Defra has said it still plans to go ahead with a ban which was first proposed by then-Defra Secretary Michael Gove, four years ago.

E-collars are used to train dogs to associate sheep with a one-off static pulse and so become wary of approaching them.

Academic studies have found that the dogs continue to avoid sheep even when they are off-lead and unaccompanied.

E-collar supporters argue this is vital as police data reveals that in most attacks the dogs had escaped from human control.

The Welsh government has so far refused to consider reviewing its ban on e-collar training.