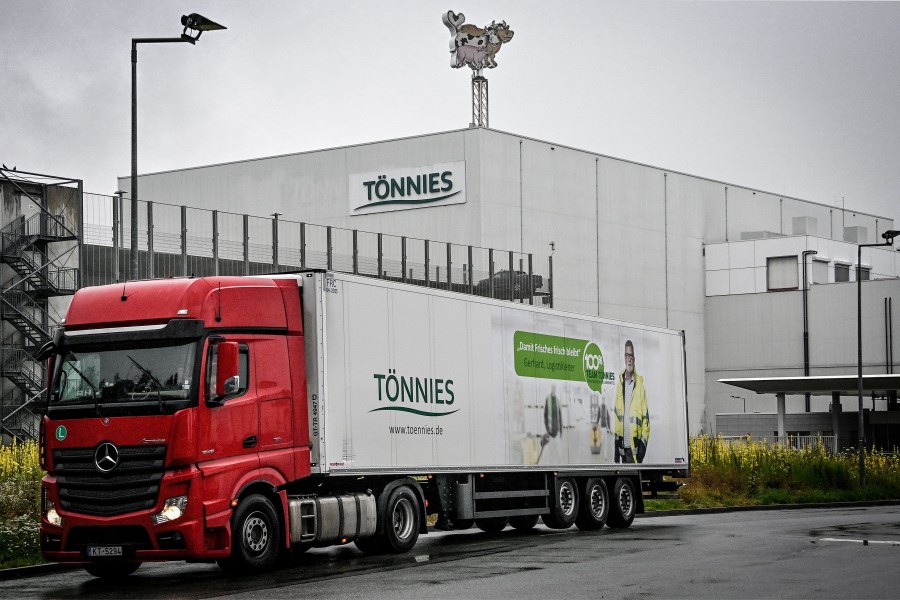 The plant was closed in June after more than a quarter of its 6,000 employees tested positive for Covid-19 (Photo: SASCHA STEINBACH/EPA-EFE/Shutterstock)

Concerns are rising for the UK pig sector following the month-long temporary closure of a major German meat site after it experienced a coronavirus outbreak.

The site had stopped importing pigs from certain countries, as efforts to divert pigs to other processing plants in the country were proving difficult.

It has been suggested that there is now a surplus of 100,000 finishers in the country.

Weekly slaughter hit 785,000 pigs in the penultimate week of June, 90,000 less than the week before the factory closure in Germany.

According the Ulster Farmers Union (UFU), this has meant that UK pig producers who usually send cull sows to the plant for cutting were seeing backlogs develop on farms.

Two weeks’ worth of cull sows were still on farms as supply chains slowly try to export pigs into the country again, the union added.

Prices are dramatically falling compared to the original value before this period of uncertainty, now in the region of 20p/kg, previously at 55-56p/kg.

The UFU said: "Although it is hoped that this problem is short lived, the unknown factor is the spread of Covid-19 throughout staff working in meat processing plants in Germany and the response to workers conditions in the country,.

The incident has sparked a debate between unions and politicians about workers conditions in not only this factory but throughout Germany.

Several factories have announced fundamental changes to their businesses.

The union added: "Angela Merkel has claimed that the meat industry will have to change, it remains unclear how this will affect the UK market going forward and what this means for the multitude of UK pigs that are processed in the country."

The UFU said it would monitor the effects across Northern Europe as a result of the situation in Germany, as well as how local producers were managing.