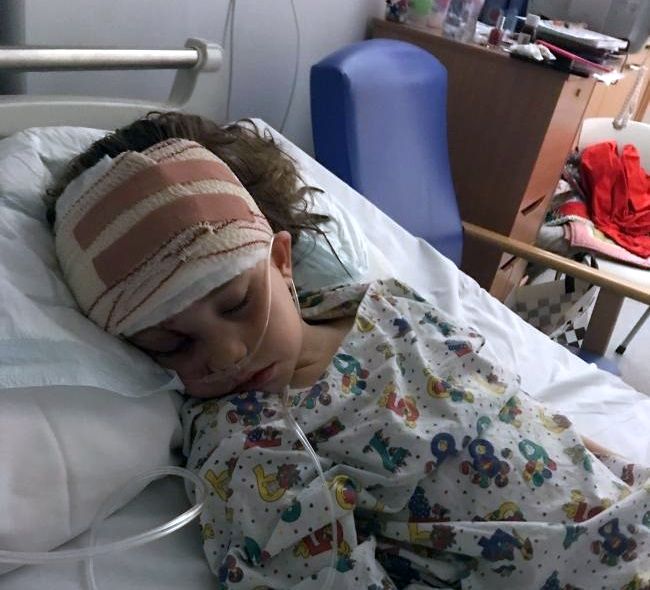 A young girl was left with severe facial injuries after she was struck in the face by a heavy-duty chain on her family's farm in Cumbria.

Alannah Maher's was sat inside a tractor with her sister Aoife while her grandad towed parts of a chopped up tree.

But the chain pulling the wood snapped and whiplashed into the cabin, hitting the 7-year-old in the face.

The incident happened on September 8 last year on the family farm in Brough.

Within minutes of the 999 call, Great North Air Ambulance Service’s (GNAAS) paramedic and doctor team were on their way to the scene.

After providing treatment for Alannah’s facial injuries, she was airlifted to the Royal Victoria Infirmary in Newcastle.

Alannah’s father Paul Maher said: “There were lacerations to her face, damage in and around her eye and she had a bleed in the front of her head.

“She lost quite a lot of bone in and around the front of her skull, but they took away all the bits that were broken and put a big plate in.”

The young girl was in intensive care for a week, before staying in Ward 11 for five weeks, where she spent some of her time building an air ambulance out of Lego. 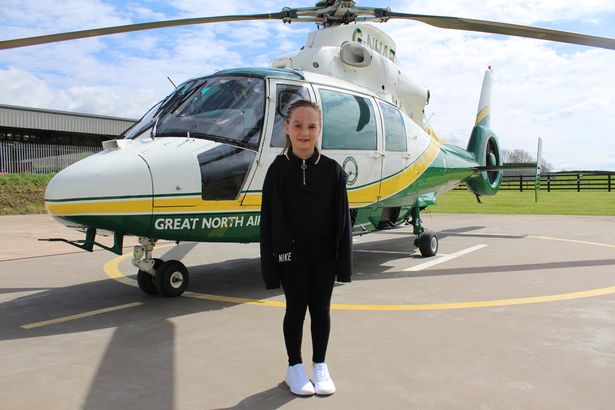 Mr Maher said: “We’ve got GNAAS to be thankful for and the RVI’s trauma team and intensive care guys and Ward 11, where Alannah spent the longest.”

Alannah has recovered well, with her father even saying that considering what she has been through, she is even louder and livelier than before.

The incident comes as the industry's annual Farm Safety Week gets underway.

New figures have revealed that 39 people have lost their lives on farms in one year alone, making agriculture the deadliest industry.

The NFU has urged farmers to 'put words into action' and commit to making safety changes on the farm, such as wearing a helmet when driving an ATV.