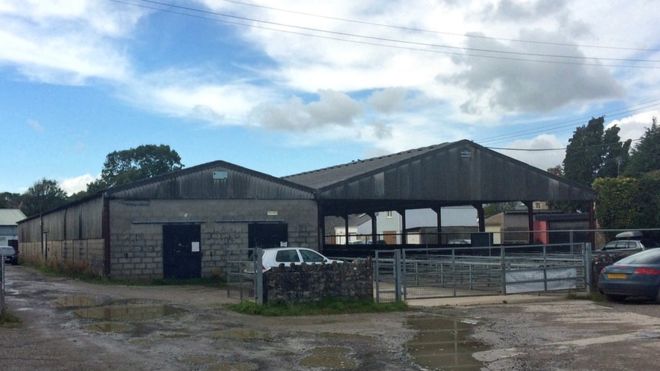 Fears are growing that livestock trading in Cowbridge will never resume following the mart closure (Photo: Vale of Glamorgan Council)

Farmers in Glamorgan are being 'left in the dark' following a livestock mart closure as fears grow trading in the area may never resume.

Cowbridge Mart closed for good on Tuesday 1 September leaving local farmers with a 45-mile trip to sell their livestock.

Last year, Glamorgan Council said it wanted the site to become a car park for shoppers.

The Farmers’ Union of Wales (FUW) has campaigned for the future of the mart, including calling for a stay of execution on its closure, which was granted a charter back in 1254.

"We are very concerned that with the closure of the market, which is already being disassembled, market trading in Cowbridge will never resume again.

"That is something which will cost our local farmers, already under pressure because of uncertainty over red meat sales post Brexit."

The site provided an opportunity to sell stock directly to buyers, but now the closest alternative is at Raglan, Carmarthen or Brecon meaning extra costs for farmers.

FUW noted that those farmers who did not have the necessary Certificates of Competence were only allowed to transport their stock for a maximum of 65 km.

To travel over 65km would need a Certificate of Competence and also a valid transporter authorisation for short journeys, meaning those who did not meet these requirements would have to pay additional haulage costs to sell their produce.

Ms Saunders added: “Our real fear is that now that the site has shut down, a new one will never be built, and currently it is understood that there is no guaranteed funding for the new mart.

"As it is, the uncertainty in farming now is causing serious mental health issues within the industry, and the closure of this mart only puts further pressure on a worried community."